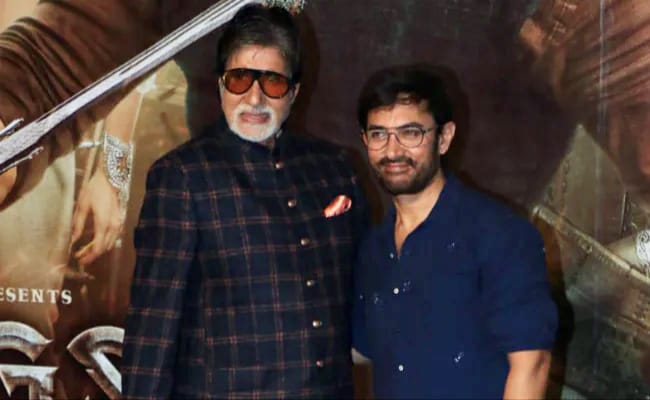 Amitabh Bachchan and Aamir Khan at an event in Mumbai

New Delhi: Superstar Amitabh Bachchan’s highly anticipated film Jhund is all set to hit the theatres on Friday, March 4. Ahead of the release, makers recently held a private screening attended by the actor’s <i>Thugs Of Hindostan</i> co-star Aamir Khan. After watching the film, the actor was left teary-eyed and heaped praises for team <i>Jhund</i> for bringing together such a great story. In the video shared by T-Series, Aamir Khan can be seen wiping away his tears as he gives the film a standing ovation.

Aamir said in the clip, “It has happened for the first time that a film has received a standing ovation during a private screening. I don’t have words to say. The way you have captured the emotions of girls and boys of India, it’s unbelievable. The way the children have worked is unbelievable.”

He also praised the children who worked in the film and called it one of the greatest films of Big B. “What a film. My God. Bohot hi behtareen film hai (it’s an excellent film),” Aamir Khan added.

This is not the first time Aamir was left teary-eyed and speechless at a film screening. Earlier, the actor was seen weeping at the screening of Katti Batti, starring Irfan Khan and Kangana Ranaut and Bajrangi Bhaijan, starring Salman Khan and Kareena Kapoor Khan. After the screening of Bajrangi Bhaijaan, Aamir was snapped exiting the cinema wiping his tears with a hand towel. 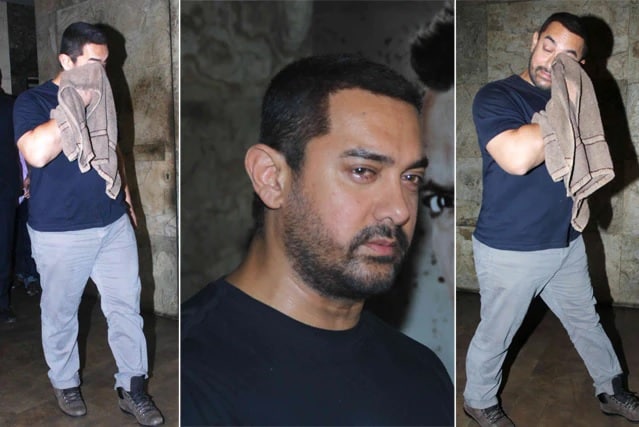 Coming back to Jhund, it is a biographical sports drama based on the life of social worker Vijay Barse, the founder of NGO Slum Soccer. He inspired slum kids to form a football team. The film is helmed by Nagraj Manjule and bankrolled by Bhushan Kumar and others under the banner of T-Series, Tandav Films Entertainment Pvt.Ltd and Aatpat Films. Apart from Amitabh Bachchan, the film also stars Akash Thosar and Rinku Rajguru in pivotal roles.

Spot The Taj Mahal In Pic Of...