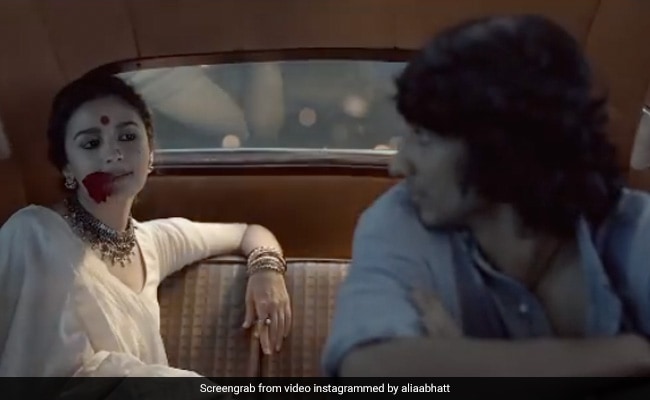 The new track Meri Jaan from the film Gangubai Kathiawadi released on Monday and it is all about love. The song depicts Shantanu Maheshwari’s character who falls in love with Alia Bhatt (as Gangubai Kathiawadi). Meri Jaan begins with the passionate and mischievous chemistry between Alia and Shantanu and ends with lots of romance. The song is shot inside a vintage car. The song is composed by Sanjay Leela Bhansali and sung by Neeti Mohan. Meri Jaan is written by Kumaar. Meri Jaan marks the first collaboration of Neeti Mohan with Sanjay Leela Bhansali. Neeti Mohan has sung songs like, Sapna Jahan, Ilaahi, Channa Mereya, Kho Gaye Hum Kahan, Samjhawan among more.

The storyline of Gangubai Kathiawadi revolves around Alia Bhatt who plays the role of a real-life sex worker who rose to political power and prominence in Kamathipura, the red light district in Mumbai. The film is an adaptation of Hussain Zaidi’s book Mafia Queens of Mumbai. The film is about the journey of Gangubai, who is the head of a brothel and a political leader of Kamathipura.

Sanjay Leela Bhansali’s film Gangubai Kathiawadi will release in theatres on February 25, 2021. The trailer of the film has already been released. Recently, the makers also came out with two tracks from the film Dholida and Jab Saiyaan. The film also features Ajay Devgn as real-life mafia don Karim Lala.