Amitabh Bachchan Checked Into Uunchai Shoot With This Post 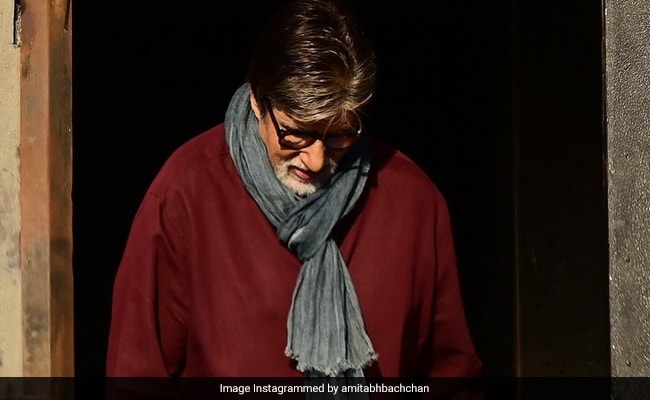 Amitabh Bachchan’s on-screen flair has captivated our hearts for years. Now, he continues to spell his charm not only through stellar roles in films but also through his awe-inspiring presence on social media. Given his age and experience, Bollywood’s Big B often drops gems of wisdom on Instagram. Now, a note comes straight from his upcoming film Uunchai. Big B posted a photo where he is seen in a red shirt and blue scarf. His gaze is directed downwards, which turns the picture into a candid yet enigmatic snapshot. It’s his caption that has caught our attention. He wrote, “Samay ke pahiye ko ulta chalane ki koshish mat karo…Tum bhagwan nahi ho ki nature ke sath lad sako [Do not try to reverse the flow of time… you are not god that you can mess with nature]. Uunchai.” Amitabh Bachchan’s granddaughter Navya Nanda Naveli did not miss this update. She reacted with a red heart emoji.

Amitabh Bachchan continues to win hearts with his acting prowess. Recently, he shared a surprising image on Instagram. In the post, he is kicking a wall of glass and shattering it into pieces. We surely don’t want to mess with Amitabh Bachchan, right? Here’s what Amitabh Bachchan wrote in the caption, “After 53 years and age 80…There are some things that never change…Action.”

Marvel’s Fortnite Crossover, The Week’s New Books, And A New Show To Watch | From Panel To Podcast

Aryan Khan To Make His Debut As...

How to Disable Caps Lock in Windows...