“Bathroom Is As Big As House I Once Lived In” 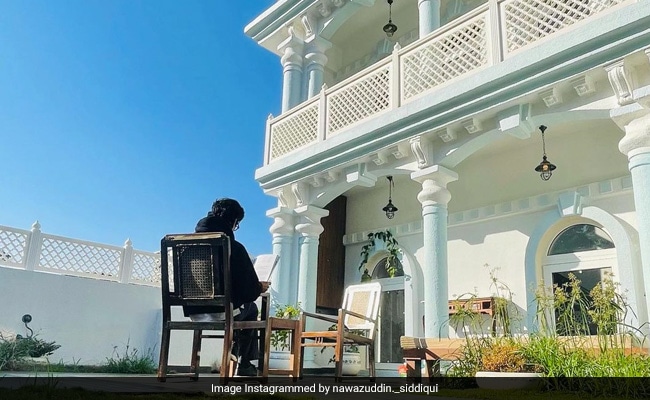 Nawazuddin Siddiqui’s journey in Bollywood has been nothing short of exceptional. The actor, who started out as a junior artist in films, is one of the most accomplished stars in the industry. The actor, who recently moved into his palatial bungalow in Mumbai, in a recent interview with Bombay Times, recalled the time when the size of his house was as big as his current washroom. “Aaj jitna bada mera personal bathroom hai, utnasa mera ghar hua karta tha (Today my bathroom is as big as the house I once lived in),” he told BT.

The actor, who shared a flat with a few people during the initial stages of his career, told Bombay Times, “When I moved to Mumbai, I stayed in such a small place, which I shared with four other budding actors. Woh kamra itna chhota tha ki agar main door kholun toh kisi ke pairon mein lag jata tha (That room was so small that if you opened the door, it hit someone’s feet) because, we all used to lay our beds on the floor when we slept there. Dheere dheere (slowly, slowly) I started sharing my room with three people, then with two, and it is only from 2005 that I started living alone.”

Nawazuddin Siddiqui, best known for his critically-acclaimed work in the Gangs Of Wasseypur series of films and the Sacred Games web-series, was seen in 2020 release Serious Men. He is currently working on two projects – No Man’s Land and Jogira Sara Ra Ra. Last year, Nawazuddin Siddiqui was nominated in the Best Actor category at the International Emmy Awards for his role in Serious Men, a satirical drama film based on Manu Joseph’s book of the same name.

In terms of films, the actor will next be seen in Heropanti 2 and Bole Chudiyan. He has starred in films like Badlapur, Kick, Raman Raghav 2.0, Bajrangi Bhaijaan, Raees, Manjhi: The Mountain Man, Motichoor Chaknachoor and Raat Akeli Ha, to name a few.

Microsoft’s multicloud security is about connecting the dots