Elden Ring is the largest From Software game to date, certainly the studio’s best work, and full of secrets and challenges around literally every corner. I understand how intimidating the renowned developer’s releases are to a newcomer, so I’ve created an Elden Ring beginner’s guide containing nine essential tips for new players to help make the most of your journey to The Lands Between.

After venturing into the open world, the crafting kit should be your first purchase. You can buy the item from the merchant found in the Church of Elleh, which is north of the starting area, for 300 Runes. The Crafting Kit unlocks recipes for potent perfumes, weapon greases, throwable pots, health items for your mount, valuable buffs, and a lot more – all of which will make your time playing Elden Ring more dynamic.

Learn To Run Away

There are many powerful enemies populating the world of Elden Ring, and you’ll encounter several of them in your first few hours. You aren’t meant to defeat some of the game’s challenges right away. Instead, you should explore, level up, and come back later with increased knowledge and skill. 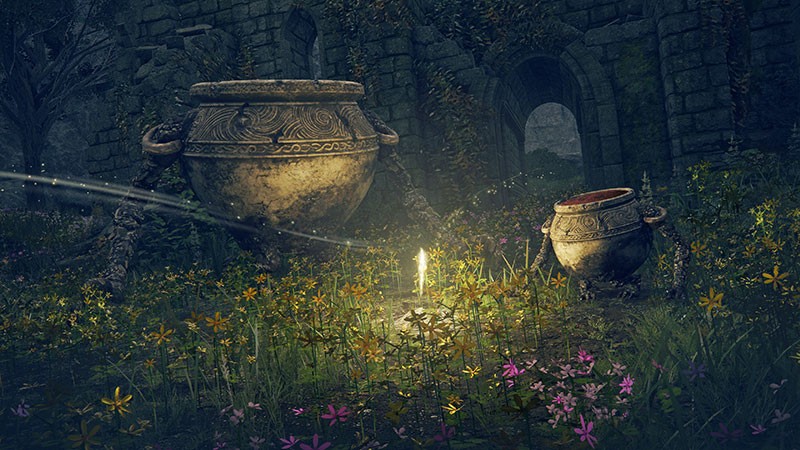 Like bonfires and lanterns in From Software’s previous games, Sites of Lost Grace are the checkpoints you’ll be chasing after in Elden Ring. These locations serve as fast travel points, storage management, and safe areas in most dungeons. Your health, focus points, and reusable flasks are restored when you rest at a Site of Grace, and you can also use these checkpoints to level up character stats or memorize new spells.

Additionally, these safe areas will point toward your main objective. If you’re feeling lost or you’re not sure where to go next, try finding another Site of Lost Grace and explore the surrounding region. 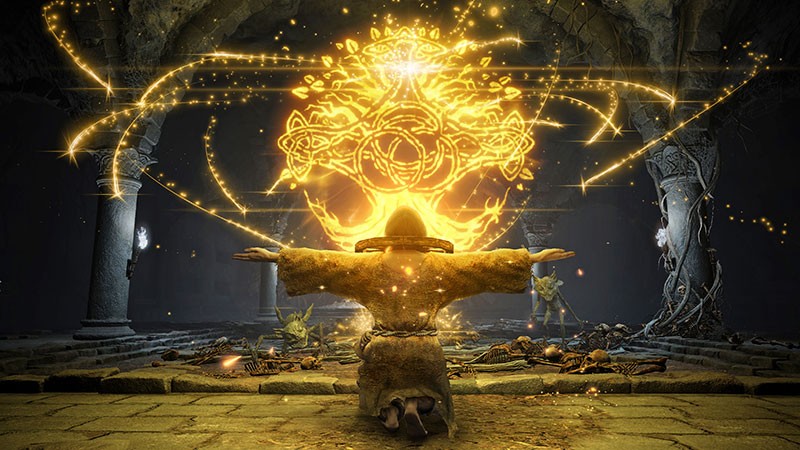 How To Unlock Spirit Summons

Spirit Summons are an essential tool in Elden Ring. While they never do much damage, even when you upgrade them at the Roundtable Hold, spirits help tank damage from bosses or large groups of enemies. They can even help you interrupt or stagger intimidating foes. There are many different kinds of Spirit Summons, all of them resembling opponents you’ve faced in the world. You can summon wolves, floating jellyfish, or even Godrick Soldiers that wield shields, swords, and crossbows. Each companion behaves differently, so it’s crucial to find one that best matches your playstyle or current scenario. These collectible items are littered across the massive world of Elden Ring, and you’ll naturally find them by exploring and fighting enemies.

However, it is entirely possible to miss the Spirit Calling Bell, necessary for summoning spirits. To unlock it, head to the Church of Elleh at night time. You’ll find the church ruins just up the hill from First Step, the game’s starting area, but be cautious of the Tree Sentinel guarding the path. After resting at the church’s Site of Grace, a particular NPC will visit you and gift you the Spirit Calling Bell, allowing you to use any of the Spirit Summons you might’ve collected.

Lastly, know that while you have access to them during every boss fight and in most open-world areas, you can’t use Spirit Summons everywhere. You’ll know you can use Spirit Summons when there’s a blue archway symbol on the left side of your HUD. 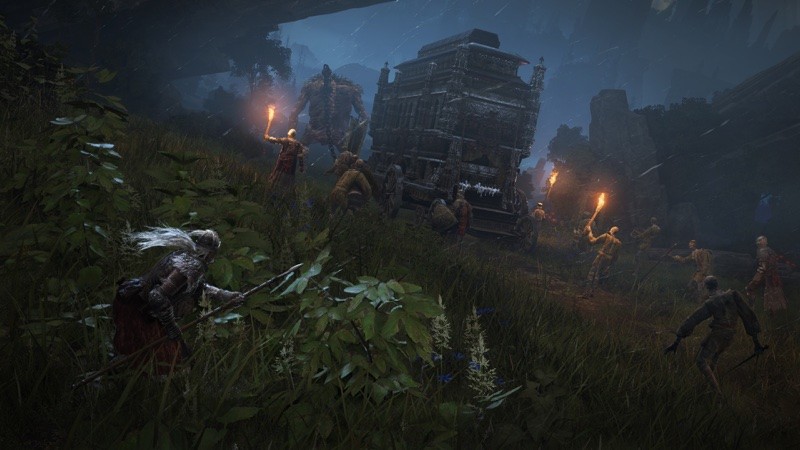 Every piece of equipment has an associated weight, and if you don’t properly manage your build, you’ll end up being too slow to be effective. The speed of your dodge roll correlates to a percentage of your equipment load: light roll is at 30% equip load, medium roll up to 70%, heavy roll at 71%, and if you exceed 100%, you’ll be over-encumbered and unable to dodge. For first-time players, I recommend staying within the medium range. Still, you can always level up your endurance to increase your equipment load threshold to carry heavier items while maintaining quicker dodge speeds.

Upgrade Your Weapons As Soon As Possible

Besides observing and studying the world around you, the best way to improve at Elden Ring is to upgrade your weapons. Weapon levels play a huge role in the amount of damage you deal, especially against early bosses like Margit The Fell Omen. To upgrade your weapon in the early hours, visit the Church of Elleh and use the anvil next to the wandering merchant. However, you’ll need to visit the Roundtable Hold (unlocked by progressing the primary objective) and speak to Blacksmith Hewg, who will allow you to upgrade armaments and equip or duplicate new weapon skills.

You can upgrade regular weapons to level 25 with Smithing Stones, while special weapons can reach level 10 with Somber Smithing Stones. Regardless, you’ll need to explore the world or loot enemies to find these resources. Trust me; you’ll be happy when you see them. 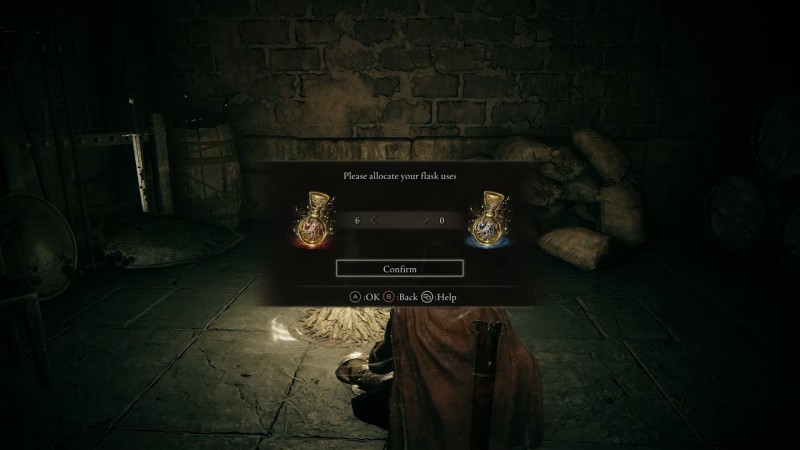 Upgrade Your Flasks By Exploring

You can reallocate your flask charges to your liking by resting at any Site of Grace. My strength build requires minimal focus points – the resource used for magic abilities and incantations –  so I usually allocate all of my flask charges to the Flask of Crimson Tears for health restoration. If you’re a heavy magic user, you will want to assign charges to the Flask of Cerulean Tears, which restores focus points upon consumption. 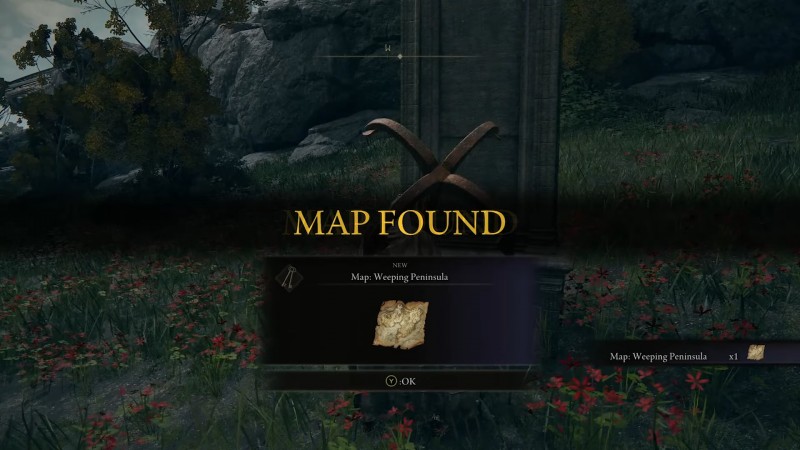 How To Find Map Fragments

At the start of the game, your world map will be entirely blank apart from the few Sites of Grace you’ve unlocked. To clear the fog of war and see a detailed version of the region you’re exploring, you’ll need to collect items called Map Fragments, which you can find at tall stone pillars along main roads or prominent intersections. If you’ve thoroughly explored an area and are still missing the associated map fragment, open your map and zoom in, looking for a tiny icon resembling a pointed stone pillar. These icons will only appear after you’ve visited the area and subsequently removed the fog of war.

You might want to skip the tutorial in Elden Ring. After all, there’s a fantastic world waiting for you to explore. But don’t skip the tutorial. It takes less than five minutes and will teach you how to use incantations, counterattacks with a sword and shield, stealth takedowns, and many more fundamentals like the two-handed weapon stance, which is required to use special skills called Arts of War. The Elden Ring tutorial is located in the Stranded Graveyard, the cave you wake up in at the start of the game. There’s a spirit sitting in a chair on the edge of a precipice – climb down the rock face and begin.