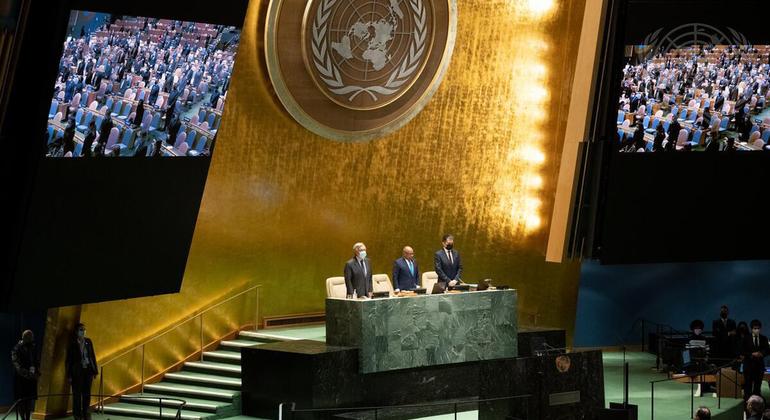 Known informally as the world’s “town hall”, the Assembly is where all 193 UN Member States have a voice. A total of 141 countries voted in favour of the resolution, which reaffirms Ukrainian sovereignty, independence and territorial integrity.

The world wants an end to the tremendous human suffering in Ukraine.

I will continue to do everything in my power to contribute to an immediate cessation of hostilities and urgent negotiations for peace. pic.twitter.com/vhAol1kyfi

It demands that Russia “immediately, completely and unconditionally withdraw all of its military forces from the territory of Ukraine within its internationally recognized borders.”

The resolution was sponsored by more than 90 countries and needed a two-thirds majority in the Assembly to pass.

The voting capped off a rare special emergency session of the General Assembly that began on Monday, during which countries took to the podium to declare their positions on the crisis, now entering a second week.

Why the future of work is going to be hybrid: How IT leaders and tech talent can prepare