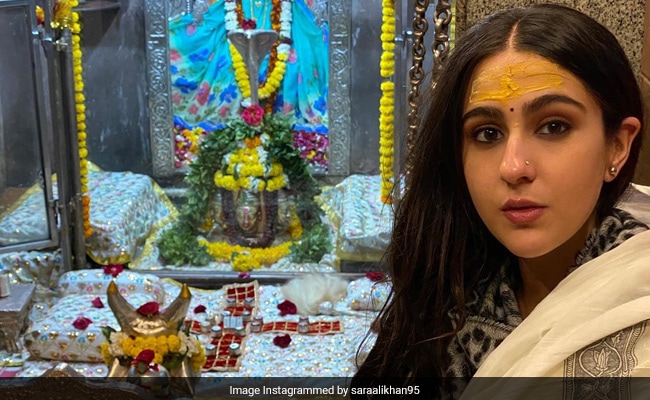 Guys, Sara Ali Khan has a special post for Mahashivratri. Yes, the actress, who has won hearts with her social media presence, is back with a stunning update on the auspicious occasion. Sara has shared a picture from her visit to Omkareshwar Temple Jyotirlinga in Madhya Pradesh. Isn’t that amazing? In the photo, we see her forehead smeared with turmeric paste. Behind her, we see an altar of deities. Sara’s caption read, “Happy Mahashivratri. Jai Bholenath.” She has also added a bunch of folded hands emojis and a trident emblem emoji to glam up her sidenote.

Sara Ali Khan has also dropped a collage on her Instagram Stories to mark Mahashivratri. 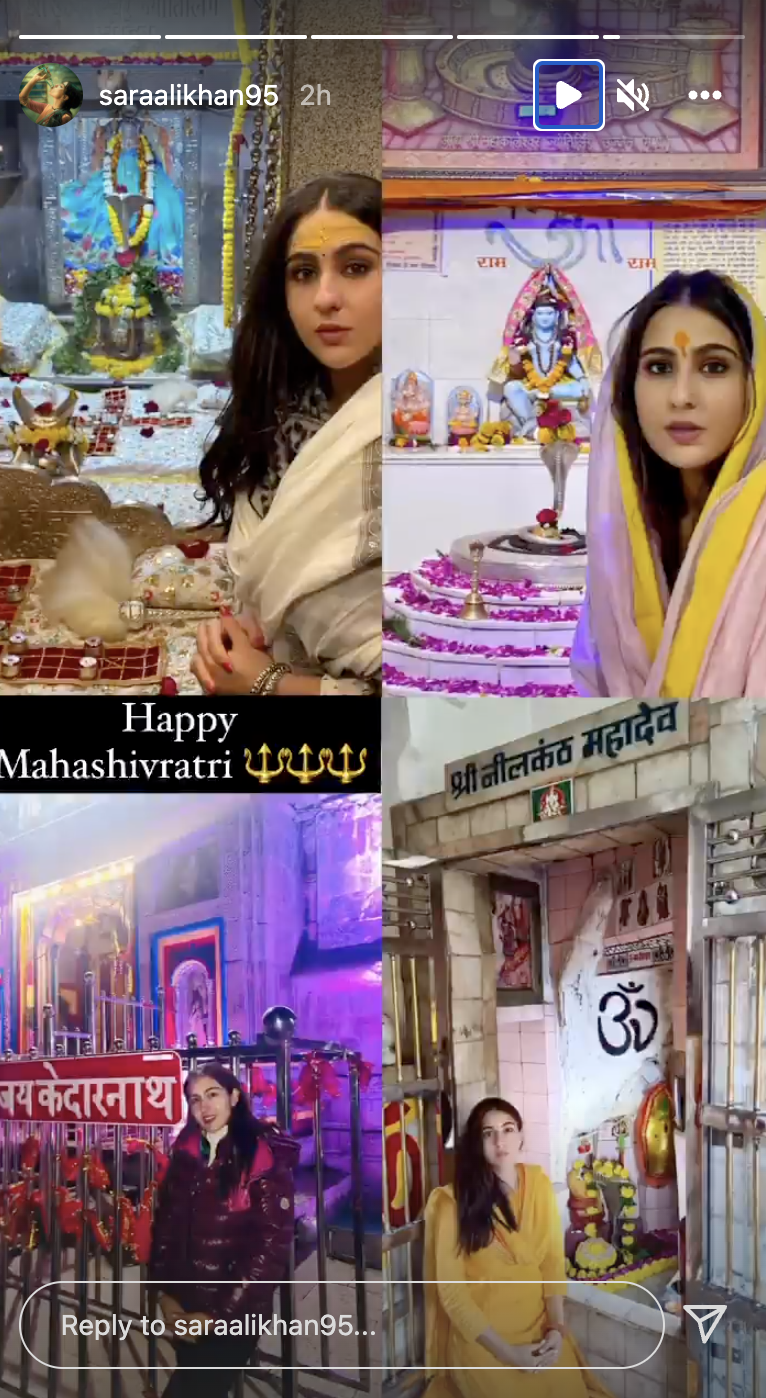 Sara Ali Khan may be busy with her work. But that doesn’t meddle with her travel plans. In fact, she made the headlines when she accompanied her mother, actress Amrita Singh, to a temple. This time, the mother-daughter duo paid a visit to the Mahakaleshwar Jyotirlinga temple in Ujjain, Madhya Pradesh. Sara shared many photos from their trip and wrote, “Maa aur Mahakal.” Fans flooded the comments section with fire and red heart emojis.

When in Delhi this winter, Sara Ali Khan dived into promotional campaigns for Atrangi Re. However, that did not stop her from visiting a Shiva temple. The actress shared a video on Instagram Stories. It showed her pouring water on a “Shiva Linga.”. She captioned it, “Om Namah Shivay.”

On the work front, Sara Ali Khan will also be seen in Gaslight alongside Vikrant Massey and Chitrangda Singh. She also has a movie opposite Vicky Kaushal in her kitty. The film, directed by Laxman Utekar, was shot in Indore.