I have never been part of rat race on television: Ronit Bose Roy 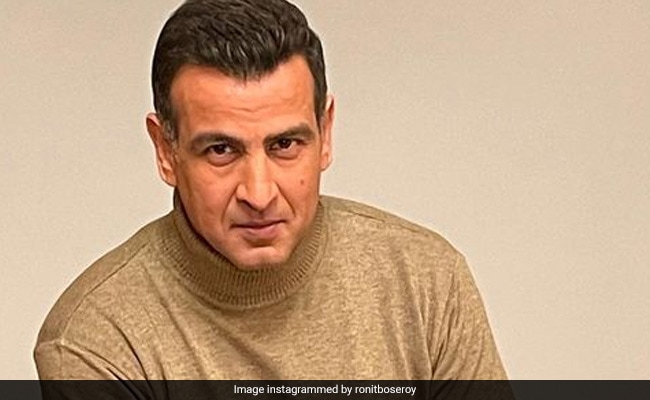 Ronit Bose Roy has been one of the biggest names on TV but the actor says in his career of more than two decades, he has neither taken the pressure of TRPs nor felt insecure if his contemporaries have done well.

Roy first broke into the scene with his turn as Rishabh Bajaj on “Kasautii Zindagii Kay” in 2002 and went on to cement his position as one of the most sought after stars with “Kyunki Saas Bhi Kabhi Bahu Thi”, where he played Mihir Virani.

The actor continued his TV work with hit shows like “Bandini” and “Adaalat”, which spanned over two seasons.

In an interview with PTI, Roy said he has never fallen into the trap of numbers on TV.

“I have never been a part of the rat race. The numbers are not my domain, if the TRPs are low, I can’t do anything about it, if they are high, I enjoy the moment. I have never taken that pressure. So if somebody else is number one, I don’t get unhappy about it, there is no insecurity.

“I will actually call that person and congratulate them. I genuinely feel happy when others succeed. If I drop to number three or five, that is absolutely fine. Eventually numbers don’t really matter. Today you are ahead, tomorrow you are behind, then you are back again. It is a silly thing anyway,” he said.

The 56-year-old actor said it was early on in his career during “Kasautii Zindagii Kay” when he realised that the only way to make a mark in the industry was by sticking to good work.

Roy said back then he would follow what his admirers would comment about his performance on his Facebook page, take feedback and gauge what they want.

“There is a bond between an actor and your fans, who genuinely love you. If you serve them medicare work, they won’t love you. They don’t even love the greatest of superstars when they do bad work. They give you their all, so there is a great responsibility that you have as an actor to deliver.

“There have been times when I have been offered really good money for something, but I didn’t do it because I knew that it is not exceptional work and when it comes out, my audience would be disappointed. I cannot do that,” he added.

The actor now returns to TV more than five years after his last show “Adaalat” with his latest Colors family drama “Swaran Ghar”. The show, which will air from February 28, co-stars Sangita Ghosh and Ajay Singh Chaudhary.

Set in Chandigarh, “Swaran Ghar” chronicles the life of a middle-aged woman Swaran (Ghosh) and her husband Kanwaljeet (Roy) whose lives are shattered as they get abandoned by their children.

Roy said the show was among those “rare” scripts that moved him.

“Truth be told, there are a lot of rubbish scripts that go around. Almost every time I hear a narration or read scripts, my reaction is, ‘No, give me something better’. Then there are those people who I call ‘chance takers’– just because they haven’t heard of an actor for a long time, they feel that he is sitting idle.

“They don’t see you in the role, they just want a name. But this show emotionally moved me. The character I play here is of a man who I wish I could be like. I saw tremendous potential in the show and the man that I play. It is something that we have not seen on TV,” he added.

The show is produced by actors Sargun Mehta and Ravi Dubey.

How Gauri Khan Designed A Patio For...