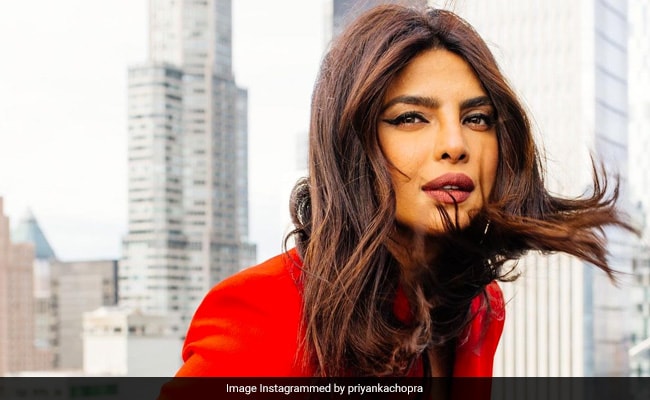 American comedienne Rosie O’Donnell has apologised to Priyanka Chopra after an awkward encounter in which she assumed that Priyanka was the daughter of author and alternative medicine advocate Deepak Chopra. The apology itself is cringe-worthy, as is Ms O’Donnell’s recounting of the exchange with Priyanka, who was at a restaurant with husband Nick Jonas when Rose O’Donnell came upto them. In the first of two videos she shared on her Instagram, Ms O’Donnell describes going up to Nick Jonas and his wife, “something Chopra (her very words),” and telling Priyanka that she knew her dad. “Who’s my dad,” Priyanka asked. Deepak Chopra, Rosie O’Donnell replied and received a frosty response – no, said Priyanka, adding that Chopra is a common Indian last name.

Rosie O’Donnell apologised to Nick Jonas in this video, for some reason, and compounded it by calling Priyanka “the Chopra wife.” See her video here.

In a second video, Rosie O’Donnell makes it clear that she’s still ignorant about who Priyanka is and explains that comments on the previous one suggested the actress had been rude to her, clarifying that this was not so. “People thought she was rude but she was not rude, it was just awkward. She’s apparently a very well-known actress and more famous than him (Nick) people were saying. So I’m sure it felt weird to her to begin with. Anyway, Priyanka is her name. And I just want to apologise to her and to everyone who thought it was inappropriate of me,” said Ms O’Donnell, who plainly didn’t catch The Matrix Resurrections in which Priyanka has an important role.

She didn’t apologise for calling Priyanka “something Chopra” and “the Chopra wife.” See her video here.

Rosie O’Donnell is only the latest in a queue of people to have underestimated or otherwise dissed Priyanka Chopra. Last December, she schooled the Daily Mail which described her as “the wife of Nick Jonas.” Earlier last year, she shredded an Australian journalist who questioned why Priyanka got to announce the Oscar nominations. “Would love your thoughts on what qualifies someone. Here are my 60+ film credentials for your adept consideration,” Priyanka tweeted, attaching a run-through of her extensive film credits.

Would love your thoughts on what qualifies someone. Here are my 60+ film credentials for your adept consideration @mrpfordhttps://t.co/8TY2sw1dKbpic.twitter.com/T8DnQbtXZG

Let’s not forget the journalist who wrote an article for The Cut after Priyanka Chopra and Nick Jonas married in 2018 – in it, she called Priyanka “a global scam artist” and suggested that Nick had been drawn into a “fraudulent relationship against his will.”

The Cut took the article down after being savaged for it and the journalist who wrote it apologised. Priyanka has also been confused with Yukta Mookhey – both won the Miss World pageant – by a US network.

Would You Vote For Any Of These Video Game Presidents?

The Internet Can’t Get Over Salman Khan...