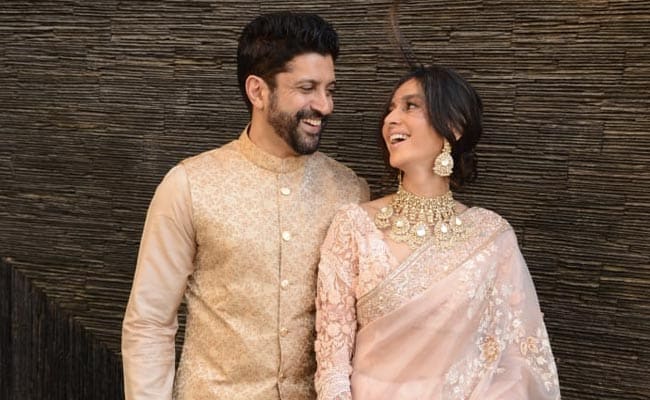 Newlyweds Shibani Dandekar and Farhan Akhtar made an appearance for the media today, both dressed in their festive best. The couple, who married on Saturday, registered the wedding in Mumbai today. They posed for the paparazzi at home in Mumbai and handed out sweets. Shibani was dressed in a pale pink embroidered saree and heavy-duty jewellery; Farhan matched her in similar colours. Farhan Akhtar and Shibani Dandekar had a wedding ceremony over the weekend at Farhan’s family farmhouse in Khandala. The wedding was preceded by a mehendi in Mumbai. 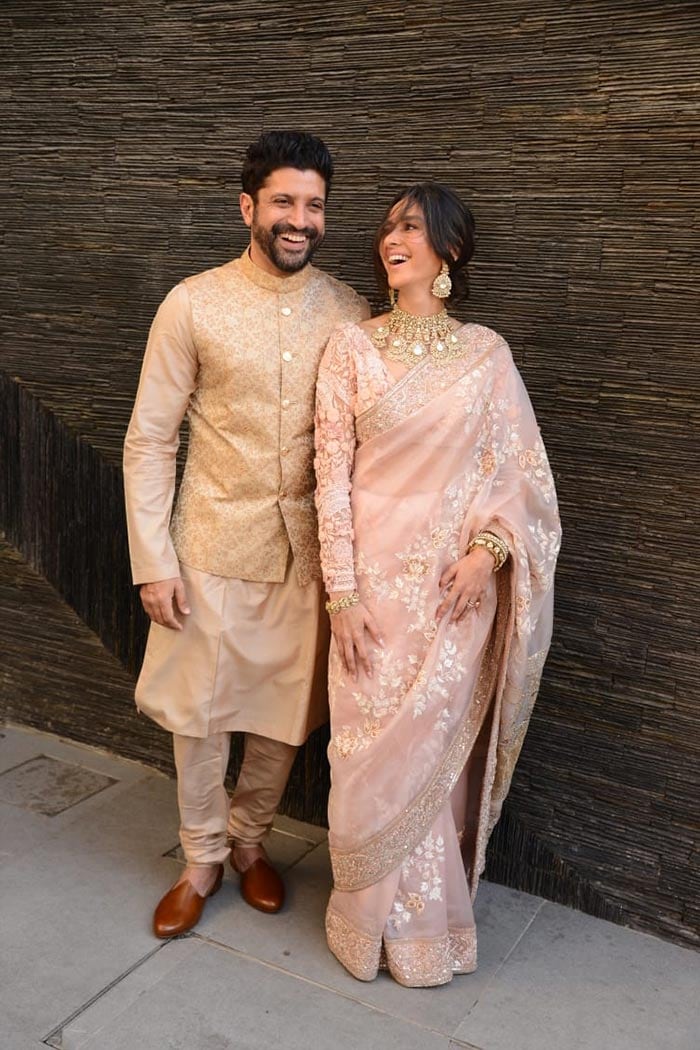 Farhan Akhtar and Shibani Dandekar were photographed together. 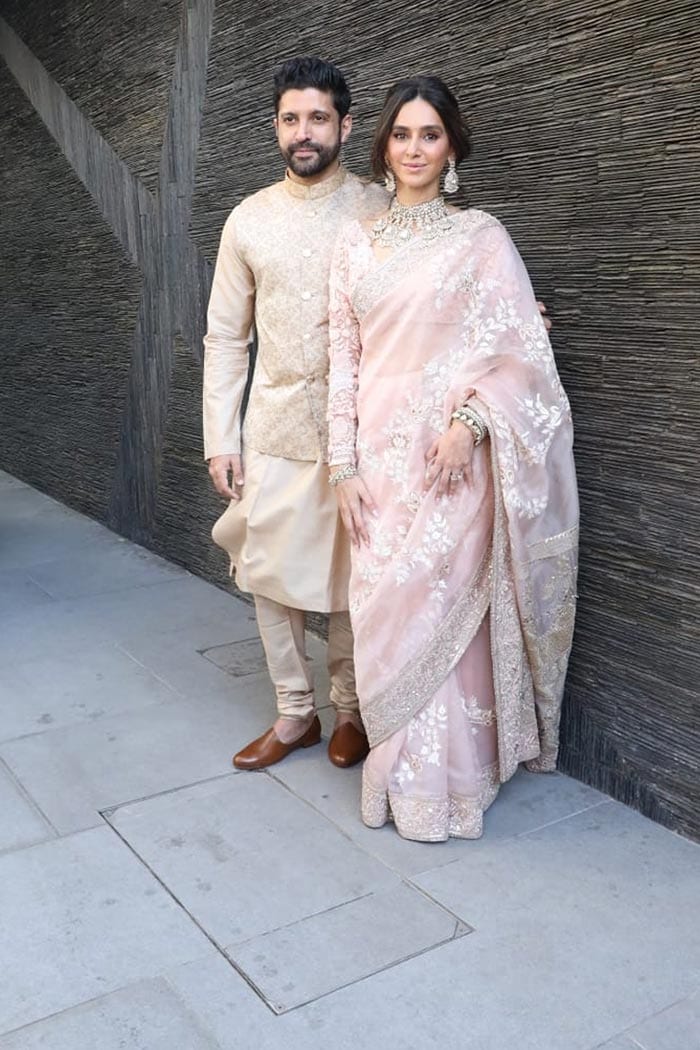 Farhan Akhtar and Shibani Dandekar were all smiles. 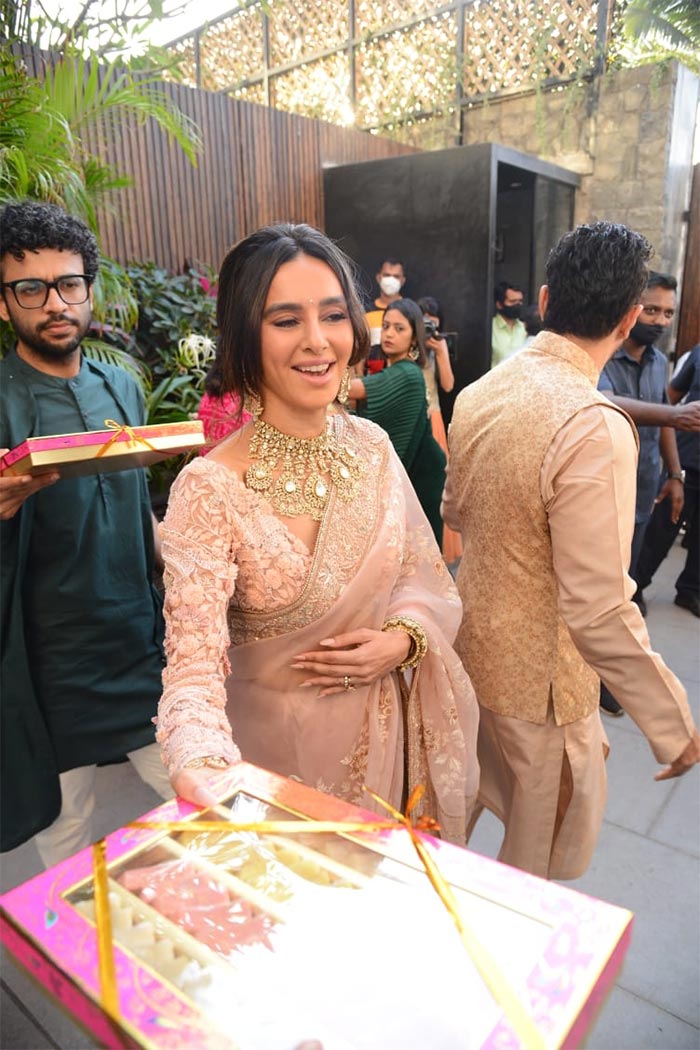 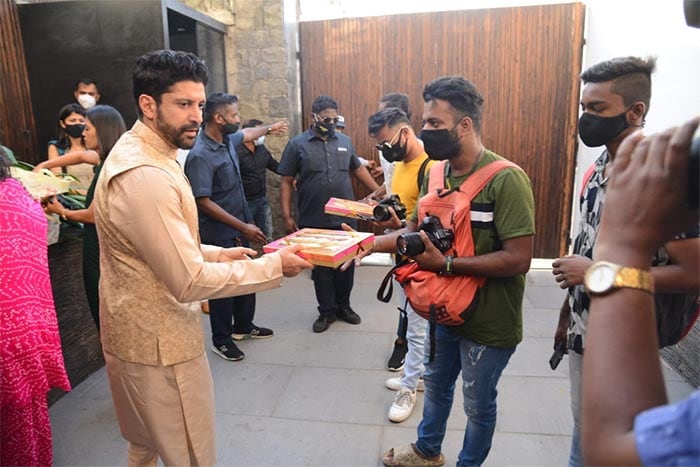 The marriage registration was attended by Farhan Akhtar’s cousins, filmmaker Farah Khan and her brother Sajid. 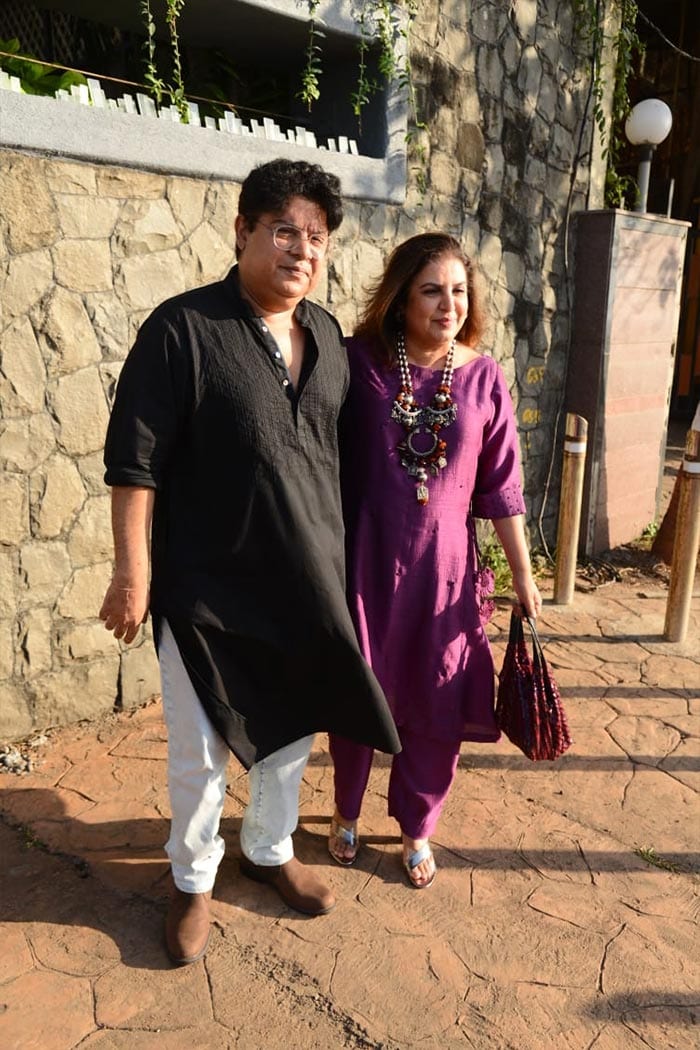 Farah Khan along with her brother Sajid

Actress Rhea Chakraborty, a close friend of the bride’s, was also pictured at today’s festivities – Rhea was at the Saturday wedding as well. 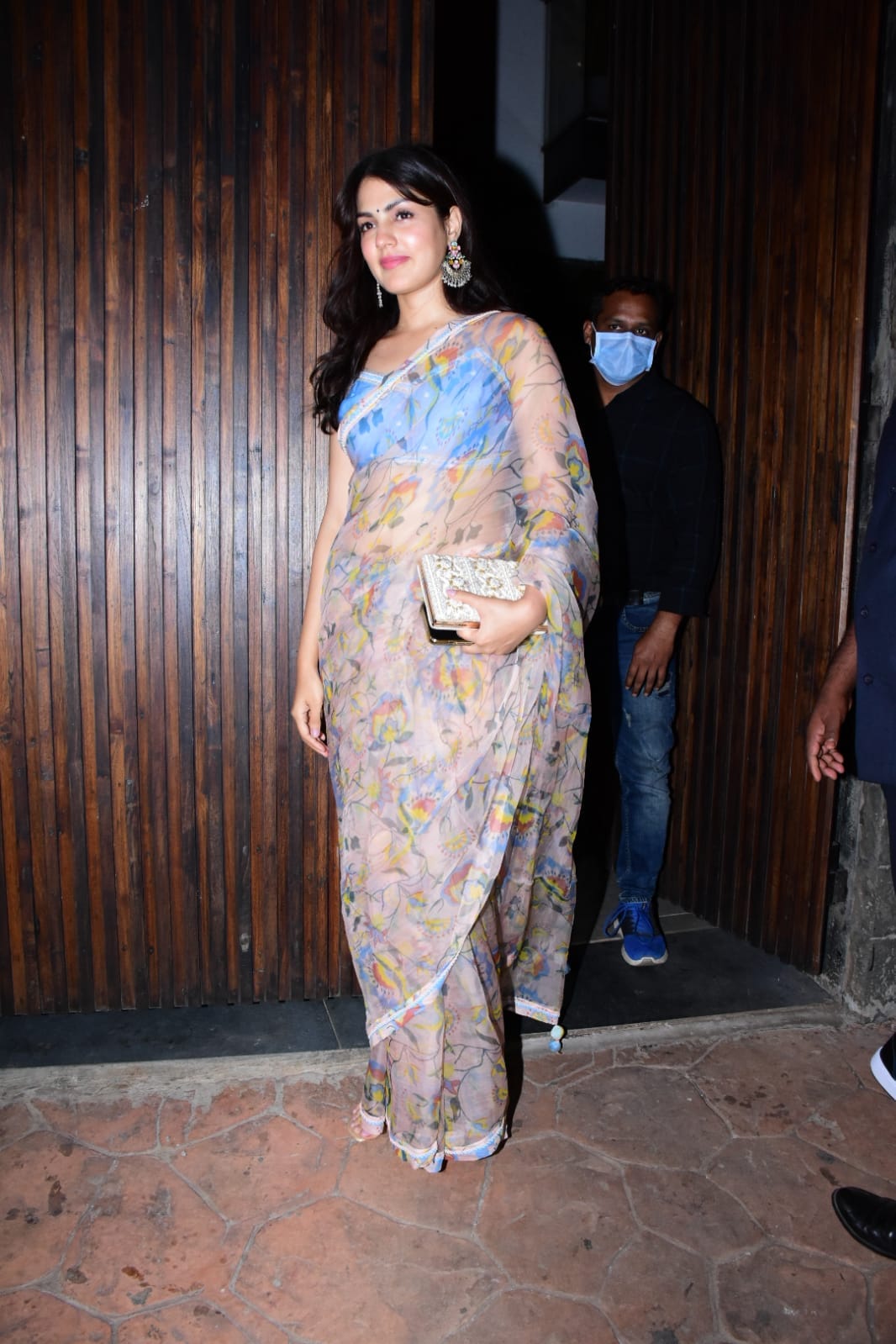 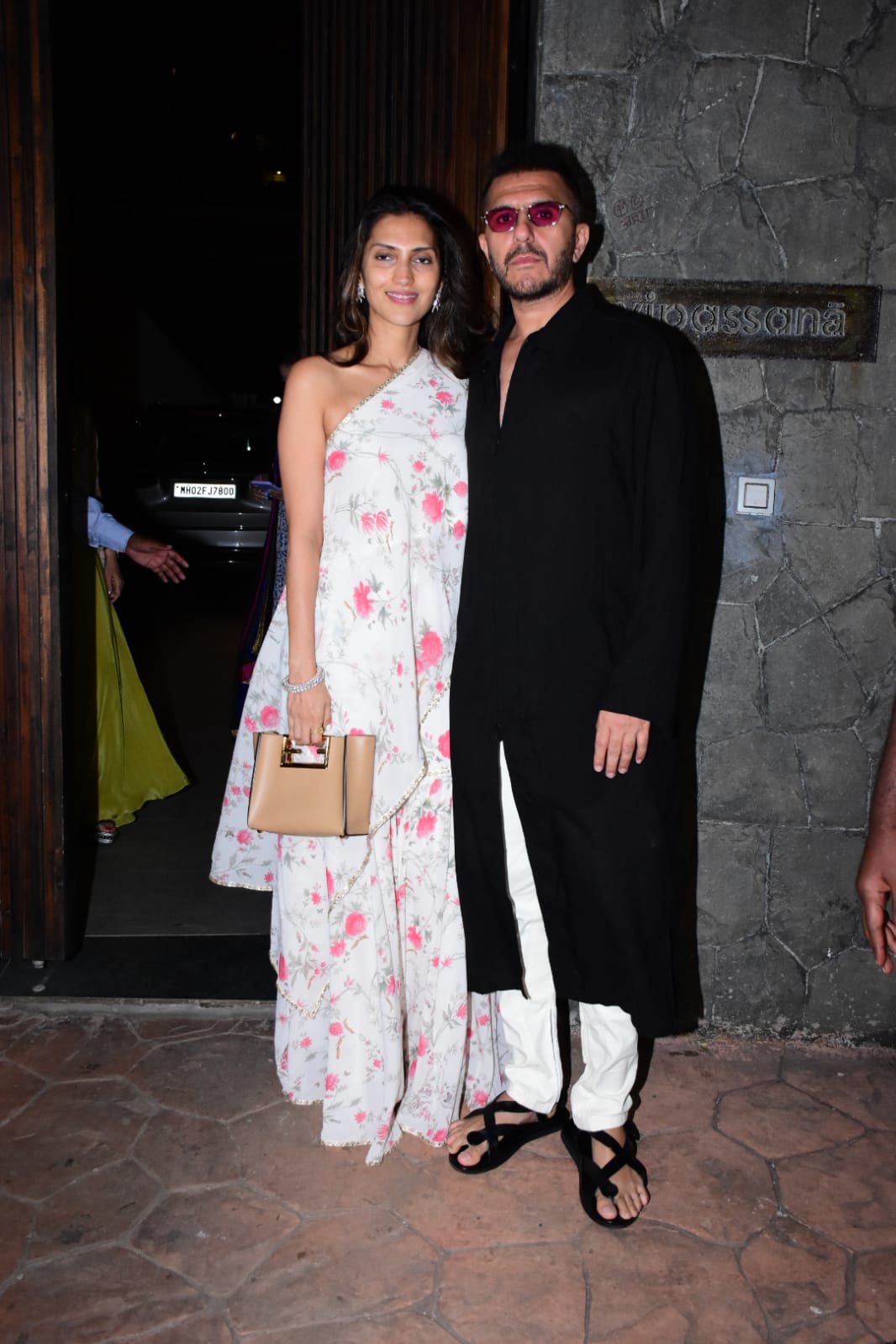 Earlier today, Shibani Dandekar shared an Instagram Story captioned “Let’s go” – it showed her having her hair and makeup done: 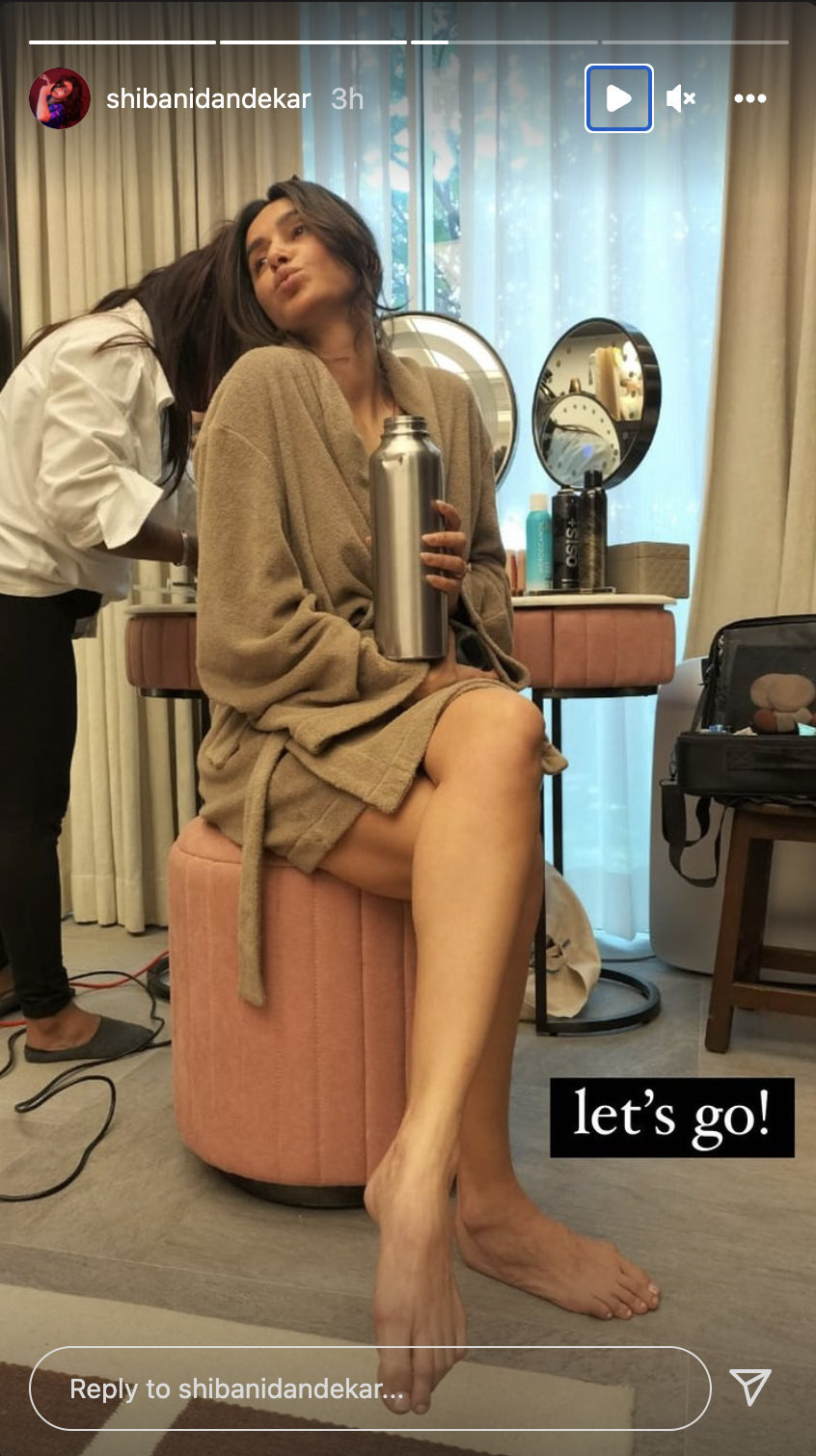 On Saturday, Shibani Dandekar and Farhan Akhtar had an intimate wedding at the Khandala property owned by Farhan’s father Javed Akhtar and stepmother Shabana Azmi. The ceremony was held outdoors – pictures showed the couple under a tree, she in red and he in black. 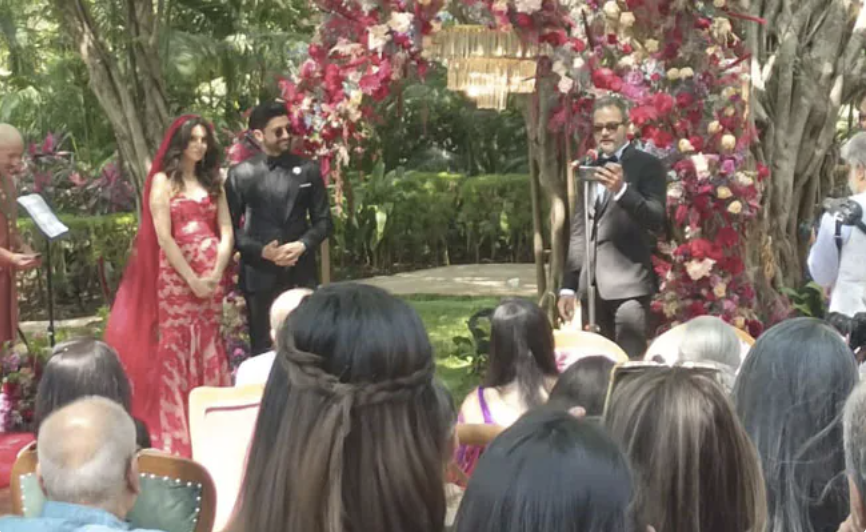 Farhan Akhtar and Shibani Dandekar at their wedding

Wedding guests included Hrithik Roshan and his family – Hrithik and Farhan have been friends since childhood; Farhan directed Hrithik in Lakshya and they co-starred in Zindagi Na Milegi Dobara, directed by Farhan’s sister Zoya Akhtar. Footage of Hrithik and Farhan dancing to the ZNMD song Senorita at the wedding has gone viral.

A mehendi took place in Mumbai last week – the dress code was yellow, as was clear from the outfits seen on Shibani’s sister Anusha Dandekar, Rhea Chakraborty, Amrita Arora and Shabana Azmi. 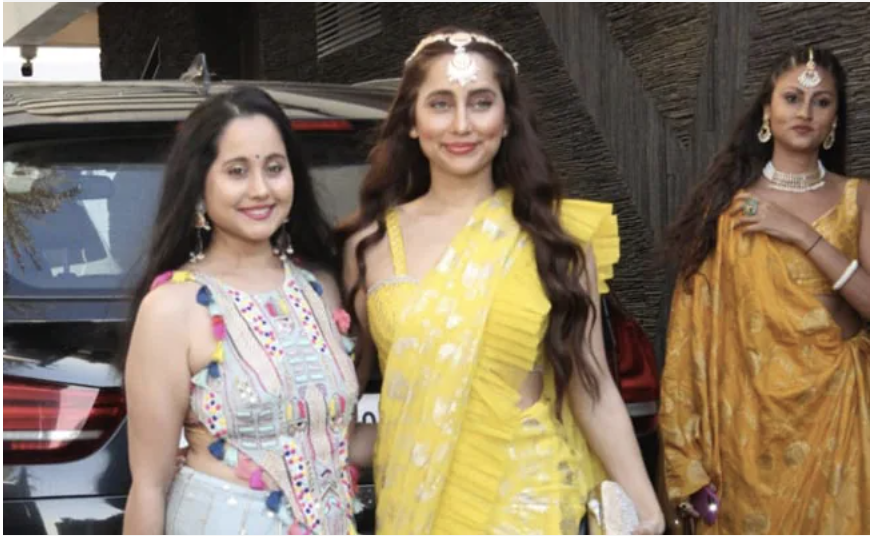 Anusha Dandekar was all smiles. 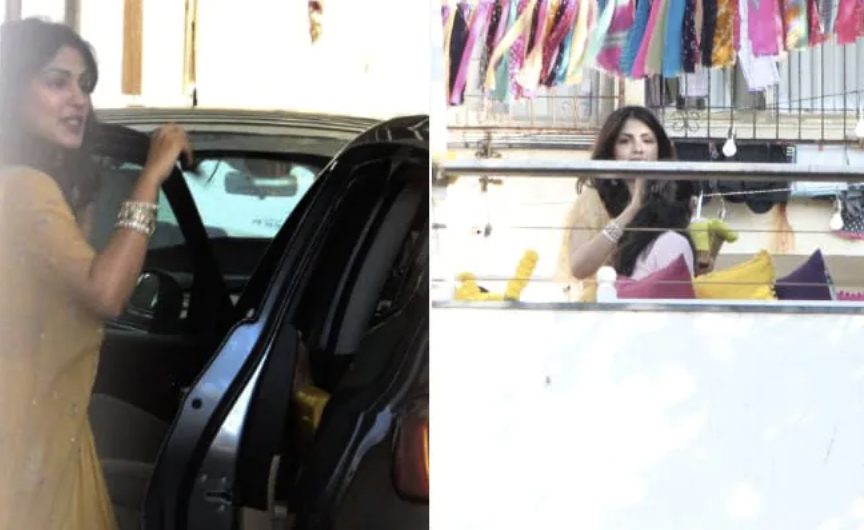 Rhea Chakraborty was also photographed at the ceremony 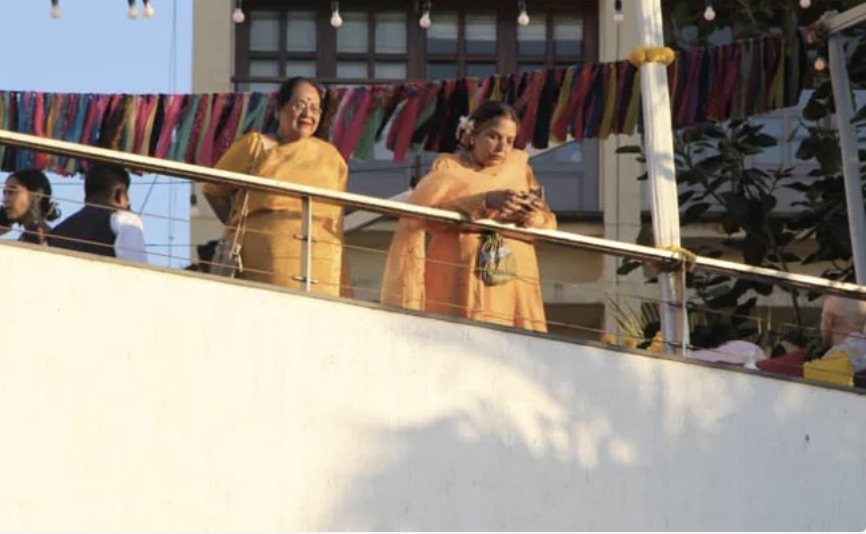 Shabana Azmi was photographed at the Mehendi ceremony.

Shibani Dandekar and Farhan Akhtar reportedly met in 2015. They went public with their romance in 2018, attending Deepika Padukone and Ranveer Singh’s wedding reception as a couple.

Count The Kapoors In This Fam-Jam Pic....