Shilpa Shetty, who brings lord Ganesh home every year, bid farewell to him on Friday. The actor was pictured with her husband Raj Kundra and son Viaan outside her residence. Shilpa Shetty, Raj Kundra and their children Viaan and Samisha were seen wearing matching floral printed outfits. Shilpa Shetty, who injured her leg a few days ago was pictured in a wheelchair. Shilpa’s sister and actor Shamita and their mother Sunanda Shetty were also pictured at the venue. Shilpa Shetty brought lord Ganesh home on Wednesday. Sisters Shilpa and Shamita Shetty were pictured dancing during the festivities outside their residence in Mumbai. 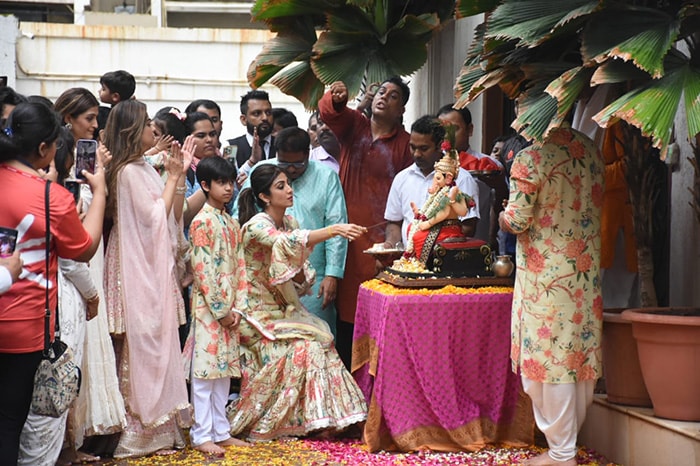 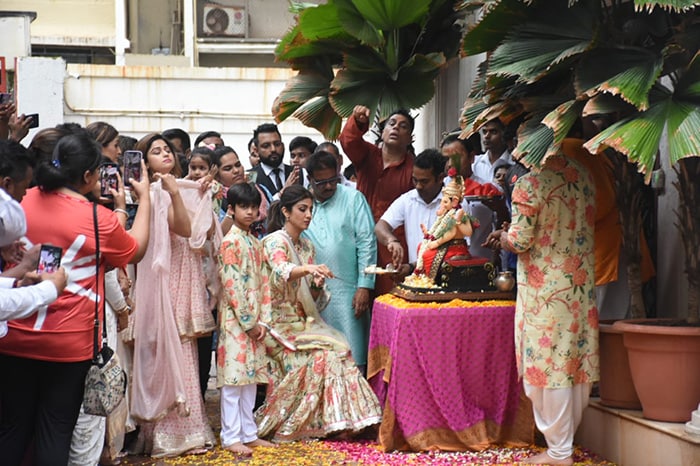 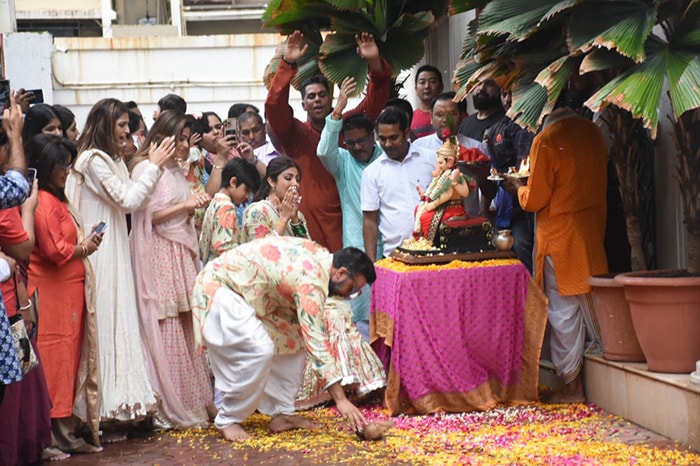 Raj Kundra pictured at his residence in Mumbai. 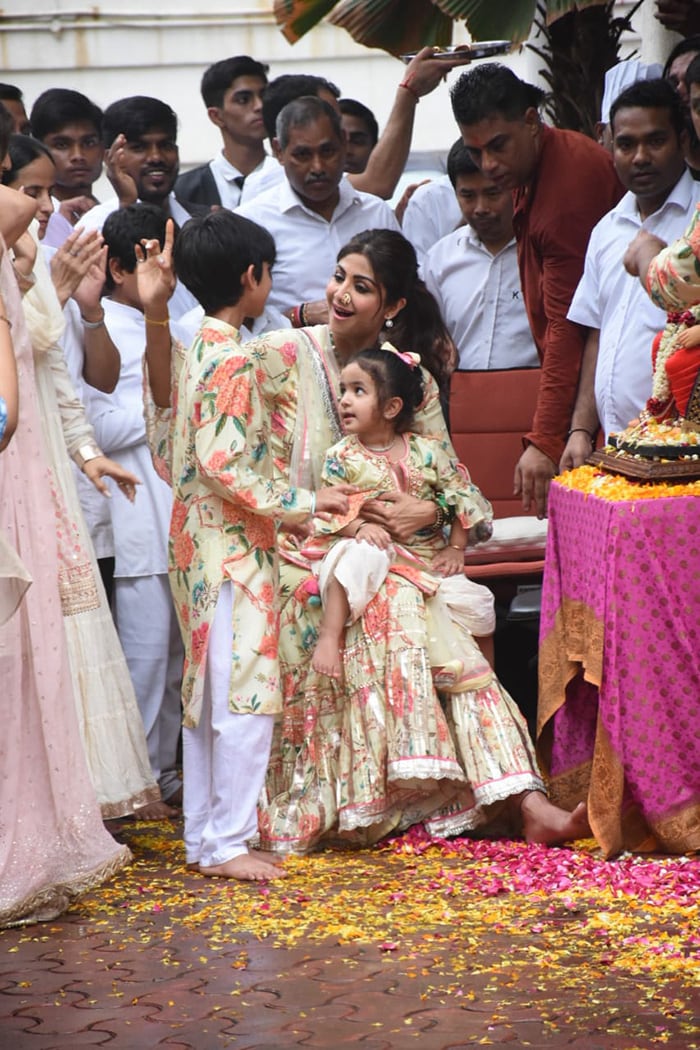 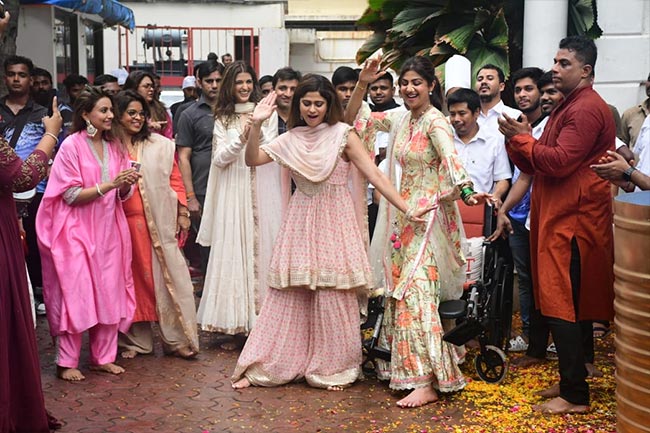 Sisters Shamita and Shilpa Shetty pictured dancing during the festivities. 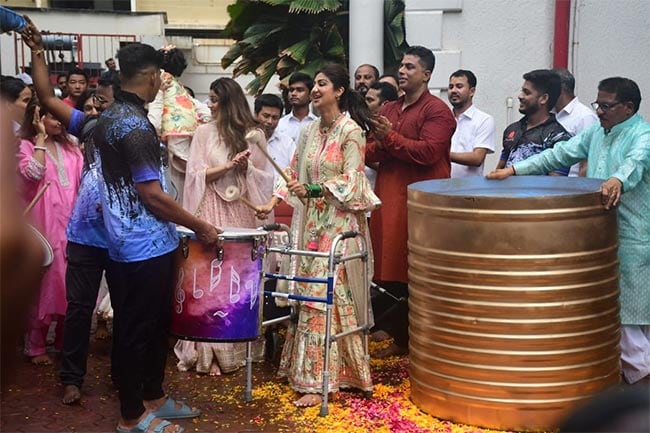 The festivities began for Shilpa Shetty, when she brought lord Ganesh home along with her family on Wednesday. The actor posted many pictures from the festivities.

On Wednesday, the actor shared a post on Instagram from the festivities. The post features Shilpa Shetty, Raj Kundra, and her children Viaan and Samisha posing with lord Ganesh’s idol. Her caption read, “And He’s back… Ganpati Bappa Morya. My favourite time of the year.”

On Thursday, Shilpa shared another video, where she could be seen performing aarti to lord Ganesh. The video features Raj Kundra, Viaan and Shilpa’s other family members.

.Shilpa Shetty’s sister and actor Shamita too shared a couple of pictures from the festivities. On Thursday, the actor shared a set of pictures of herself with her mother Sunanda Shetty, sister Shilpa Shetty and brother-in-law Raj Kundra. Her caption read, “Happy Ganesh Chaturthi… may lord Ganesha remove all the obstacles and fill your lives with loads of peace and happiness always,” with three red hearts.

Shilpa Shetty was last seen in the film Nikamma. She recently injured her leg while shooting for Rohit Shetty’s Indian Police Force.

Things We Learnt From Farah Khan’s Inside...

How to Add Desktop Wallpaper and Screensaver...