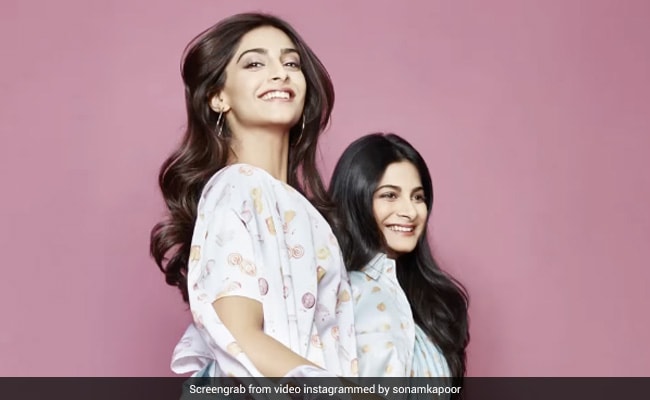 Film producer Rhea Kapoor turned a year older on Saturday and was flooded with birthday wishes from friends and family. In the heap of adorable messages, there was one that stood out. And it was by none other than her sister, actress Sonam Kapoor, who shared a compilation of happy photos and videos featuring the two of them. In some of the snaps, we see the Kapoor sisters spending some fun time together. In others, we see Rhea busy taking selfies. In a few clips, Rhea’s pet pooch makes an appearance and amps up the cute quotient.

Sonam Kapoor captioned it, “Happy happy Birthday Rhea Kapoor! Come what may, you’re my constant, my person, and my partner. I don’t know where I’d be in this life if I didn’t have you by my side every step of the way. I’m only me and my best version when I’m with you”. So cute, right?

The video was accompanied by Taylor Swift’s song I’m Only Me When I’m With You.

Rhea Kapoor’s cousin Anshula Kapoor, too, wished her on her special day by sharing a throwback photo of them. She captioned the post, “Happy birthday my Rheeee! You deserve all things amazing that the universe has to offer, and this year I wish that everything that makes you feel ecstatic, hopeful, joyful, excited, safe, and centred becomes yours.” Anshula thanked Rhea for “showing me what it means to be in a sisterhood bound by love.” She also wished Rhea “another year of incredibly insane food, laughter and fashion”.

Sonam Kapoor has always rooted for Rhea Kapoor. When Rhea got married to Karan Boolani last year, Sonam didn’t miss a chance to congratulate the couple on social media. She shared a photo with Rhea from the wedding celebrations. In the image, Rhea looks away from the camera in her bridal ensemble while Sonam smiles for the lens. The caption read, “Side by side or miles apart, we sisters will always be connected by heart. Honoured to be the sister of the most beautiful bride.”

Last year, too, Sonam Kapoor had left a heart-warming birthday wish for Rhea Kapoor. It was the first time that the actress had missed her sister’s birthday. Sonam’s caption read, “I love you so much and miss you more. No one comes close to your smarts, empathy and capacity for giving and love. To always being partners and sisters.”

Rhea Kapoor is the daughter of actor Anil Kapoor. She has produced films such as Aisha, Khoobsurat and Veere Di Wedding.

Weekend Warrior – Riddle Me This