Spot The Taj Mahal In Pic Of Rakul Preet, In Agra For Luv Ranjan’s Wedding 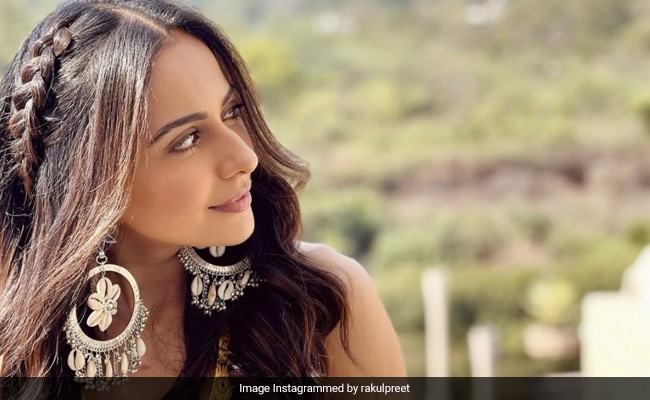 On Monday, Rakul Preet Singh shared stunning pictures from her trip to Agra. The actress was in Agra to attend filmmaker Luv Ranjan’s wedding on Sunday. Rakul Preet Singh looked beautiful in a yellow outfit as she posed for the camera. Sharing the post, Rakul wrote: “Not a piece of architecture but the passion of emperors love wrought in living stone!! PS: Taj Mahal in the backdrop,” along with heart emojis. Luv Ranjan got married to Alisha Vaid on Sunday. The filmmaker’s wedding guestlist included actors Ranbir Kapoor, Shraddha Kapoor, Kartik Aaryan and many more. Arjun Kapoor, Varun Sharma and Huma Qureshi were also on the guestlist reportedly.

Many pics from Luv Ranjan’s wedding went viral on social media. The dress code for the ceremony was white as per the pictures. Rakul Preet Singh along with boyfriend Jackky Bhagnani were photographed holding hands. Ranbir Kapoor wore a white sherwani whereas Shraddha Kapoor looked gorgeous in a white lehenga.

Recently, Rakul Preet Singh shared pictures from a photo shoot in a black and white outfit. Sharing the post, Rakul wrote: “thought – let’s eat after this shot,” along with heart and smiling emojis.

Deepika Padukone Is A Sight To Behold...