Tara Sutaria Wished Boyfriend Aadar Jain On His Birthday Like This 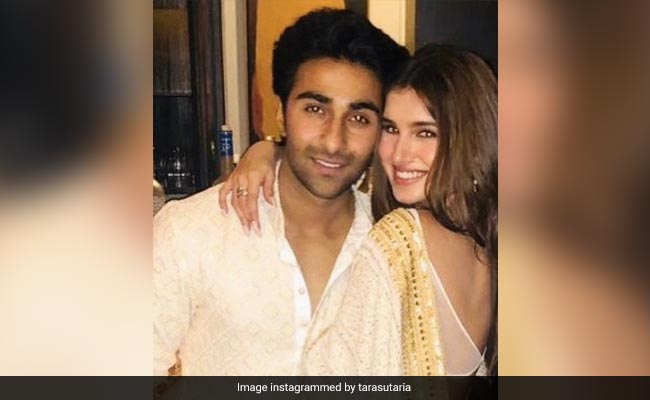 Tara Sutaria’s greeting for boyfriend Aadar Jain came in the form of an Instagram post, which had a picture from the actor’s birthday festivities, accompanied by a few adorable throwback pictures. Posting the album, Tara wrote: “Happy Birthday, my whole world,” adding an evil eye emoji and a black heart emoji. Tara and Aadar Jain frequently feature in headlines for their relationship. Reports of Tara Sutaria and Aadar Jain’s relationship started doing the rounds after they were photographed together at Malaika Arora’s birthday party and Amitabh Bachchan’s Diwali bash in 2019. Tara Sutaria is usually his plus one for all the Kapoor festivities.

Tara Sutaria’s sister Pia too wished Aadar Jain on her Instagram story and she wrote: “Happy happy birthday to this light in our lives. I wish I could squeeze you in person but hope this year brings you all you dream of and more. Love you big time.” 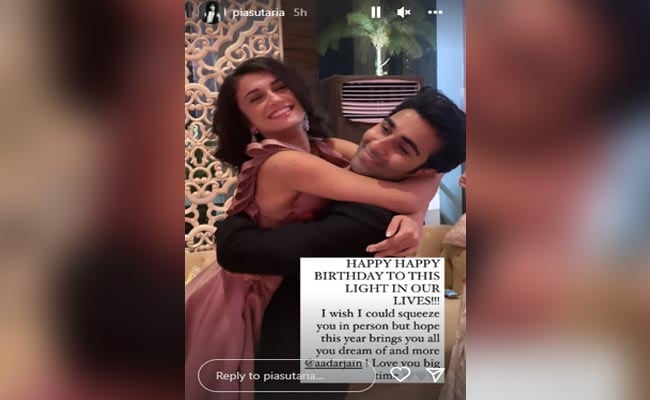 On the work front, Tara Sutaria was last seen in the recently released Ek Villain Returns, in which she shared screen space with Arjun Kapoor, Disha Patani and John Abraham.

Tara Sutaria, a singer and former Disney star, made her Bollywood debut with the 2019 romantic drama Student Of The Year 2, co-starring Tiger Shroff and Ananya Panday. She also featured in Marjaavaan and Masakali 2.0 (both co-starring Sidharth Malhotra). She was also a part of Milan Luthria’s romantic action film Tadap, which marked the acting debut of Suniel Shetty’s son Ahaan. She also starred in Heropanti 2, co-starring Tiger Shroff, which released earlier this year.