Things We Learnt From Farah Khan’s Inside Pics 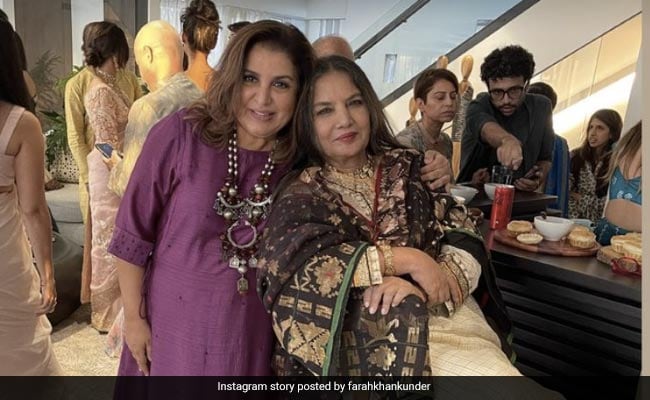 Director-choreographer Farah Khan had an insider’s view of the festivities at Shibani Dandekar and Farhan Akhtar’s wedding and not only did she live to tell the tale, she shared photos. Farah and brother Sajid Khan are cousins of Farhan and his sister Zoya Akhtar – Farah’s mother Menaka and Farhan’s mother Honey Irani are sisters. Farhan and Shibani got married in two ceremonies – a wedding at the Akhtar family farm in Khandala last Saturday and a civil marriage in Mumbai yesterday. Farah Khan, resplendent in purple, shared pictures from the civil marriage and post party on her Instagram Stories, via which we learnt some things: Honey Irani is Farah’s “most favourite,” Huma Qureshi was meant to be there, an Shabana Azmi, who is married to Farhan’s father Javed Akhtar, is “the best dancer in the industry” – and Farah, as one of Bollywood’s most celebrated choreographers, would know.

Here are Farah Khan and Shabana Azmi from the Monday party: 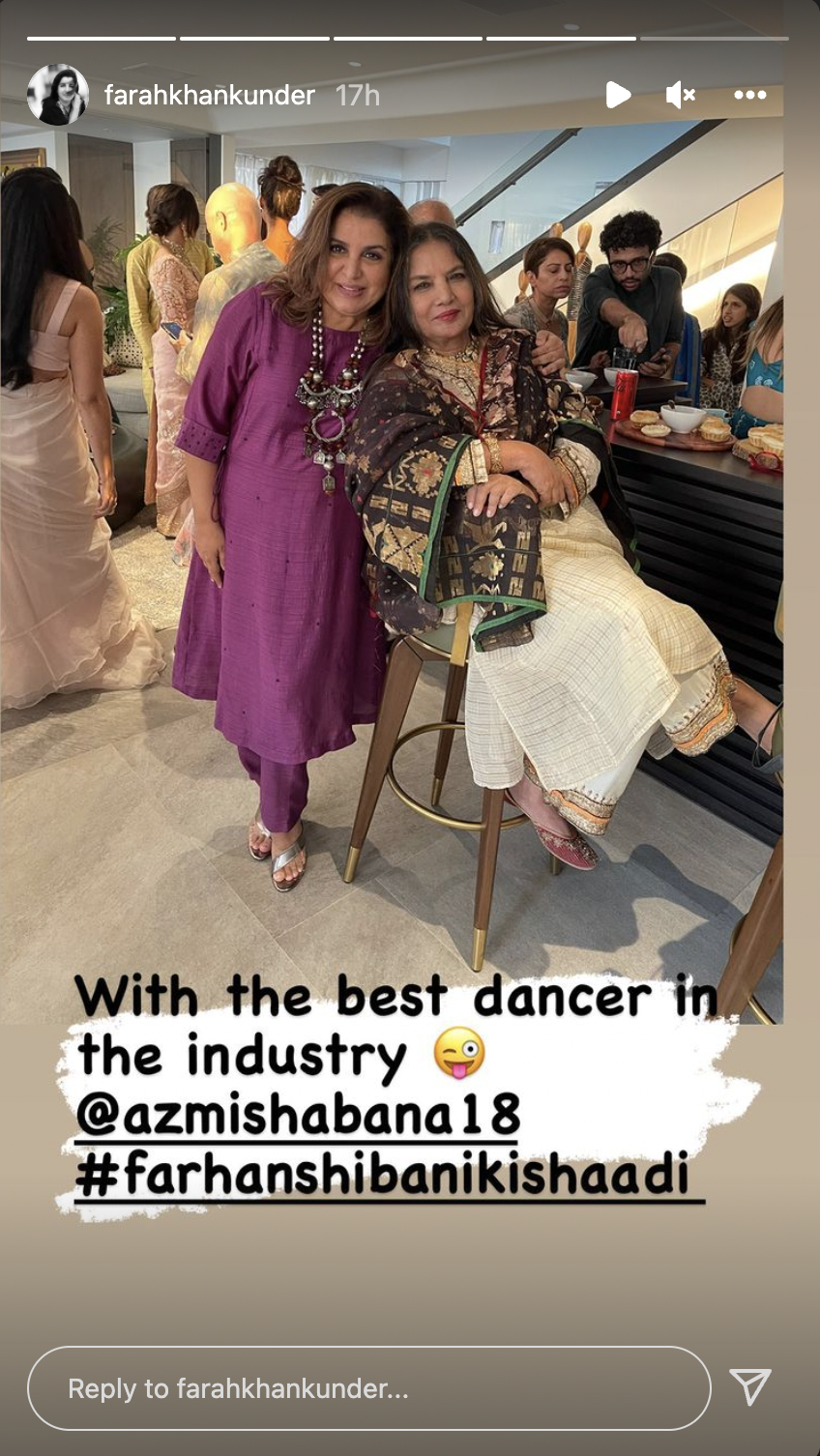 Farah posed for a picture with the “beautiful” Rhea Chakraborty, a close friend of Shibani Dandekar. “Huma Queshi missing you,” she wrote: 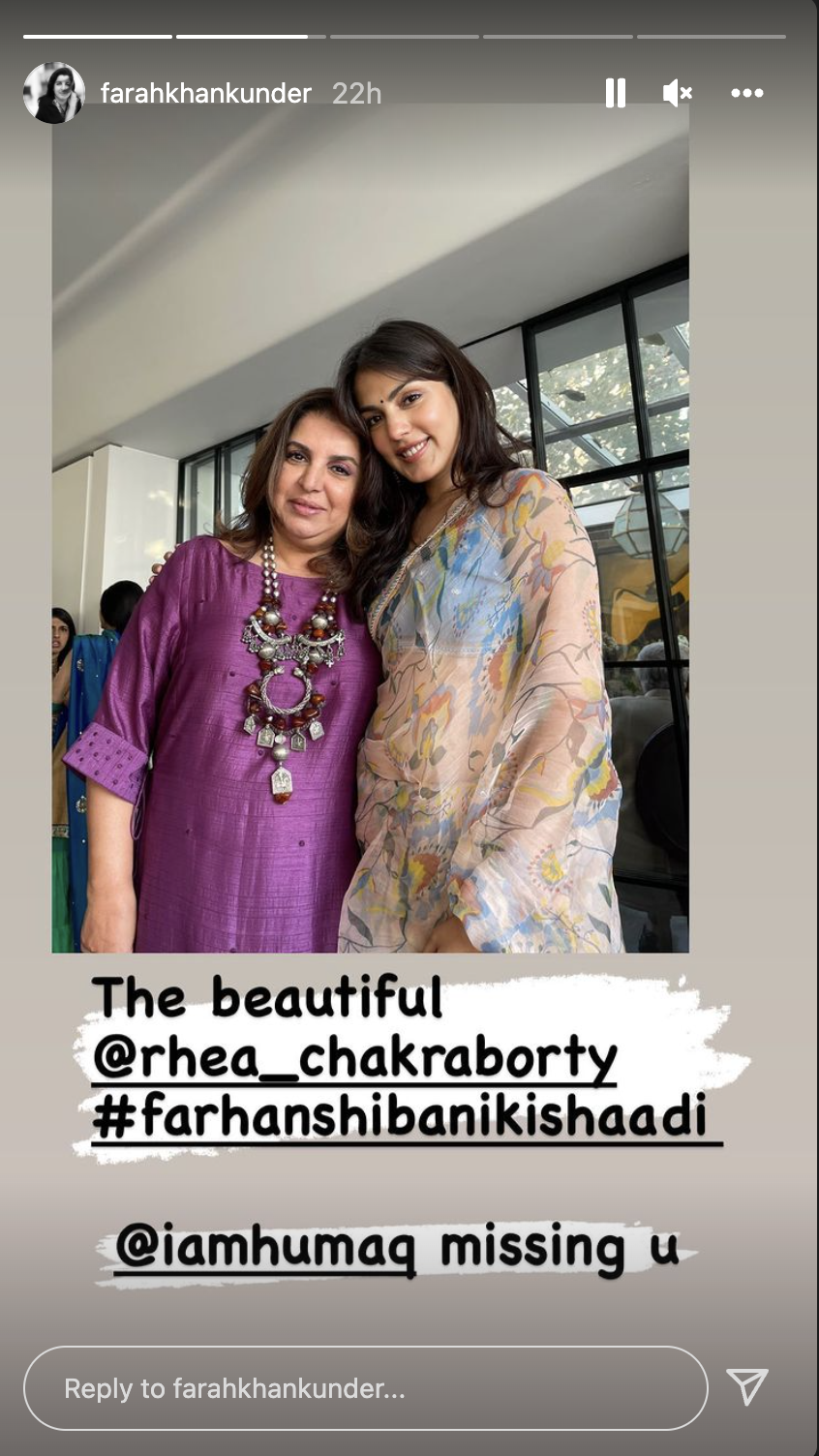 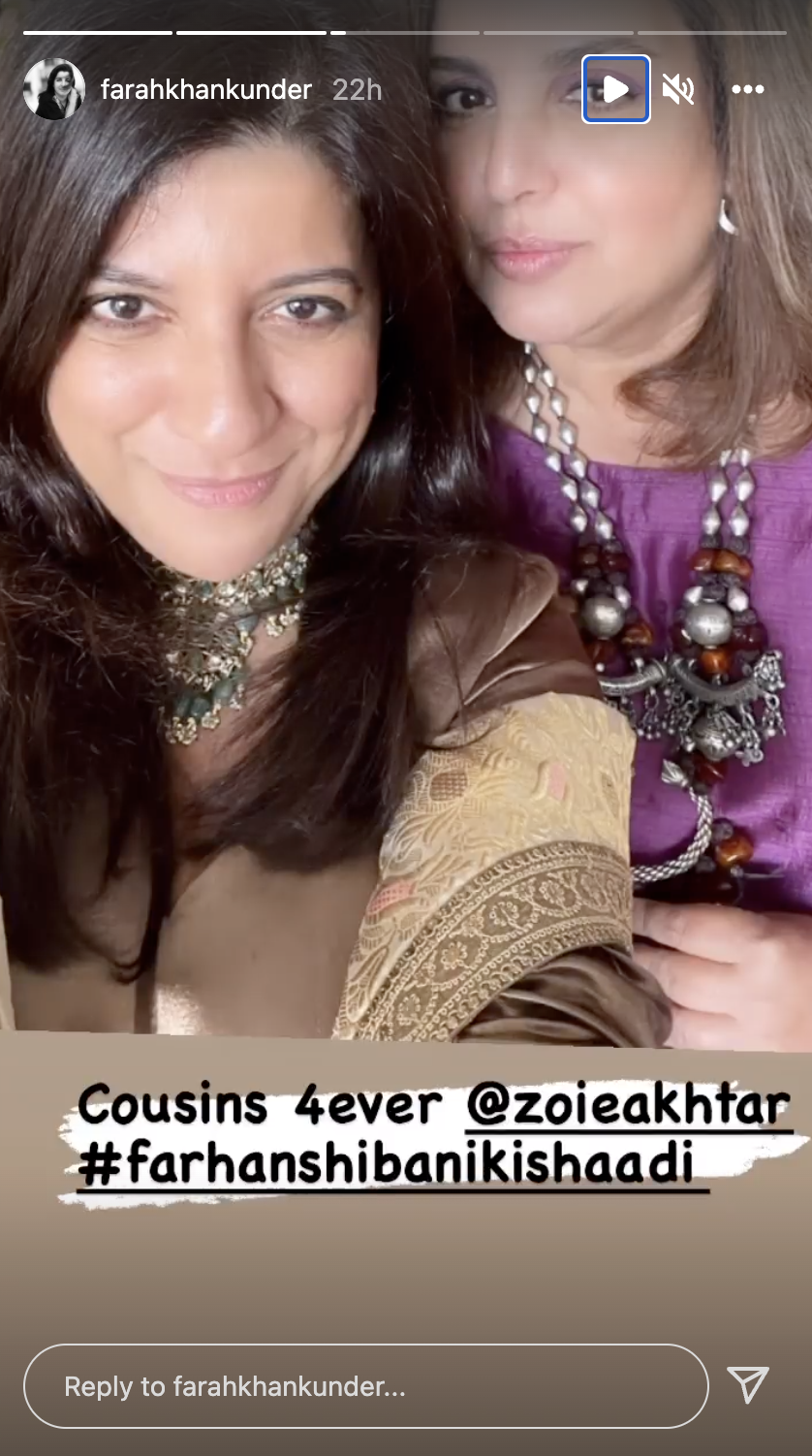 Farah and Zoya roped Sajid in for a photo: 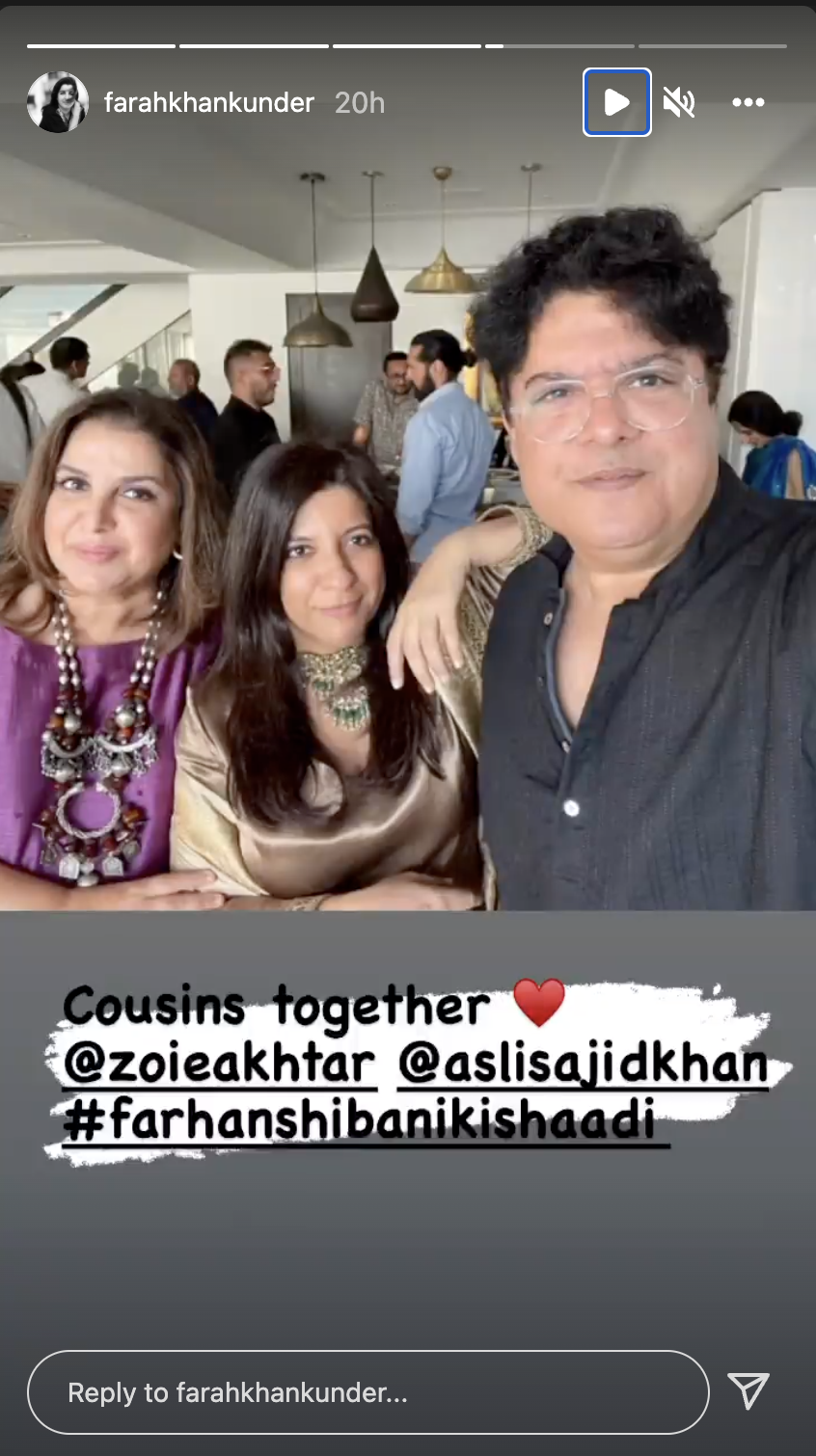 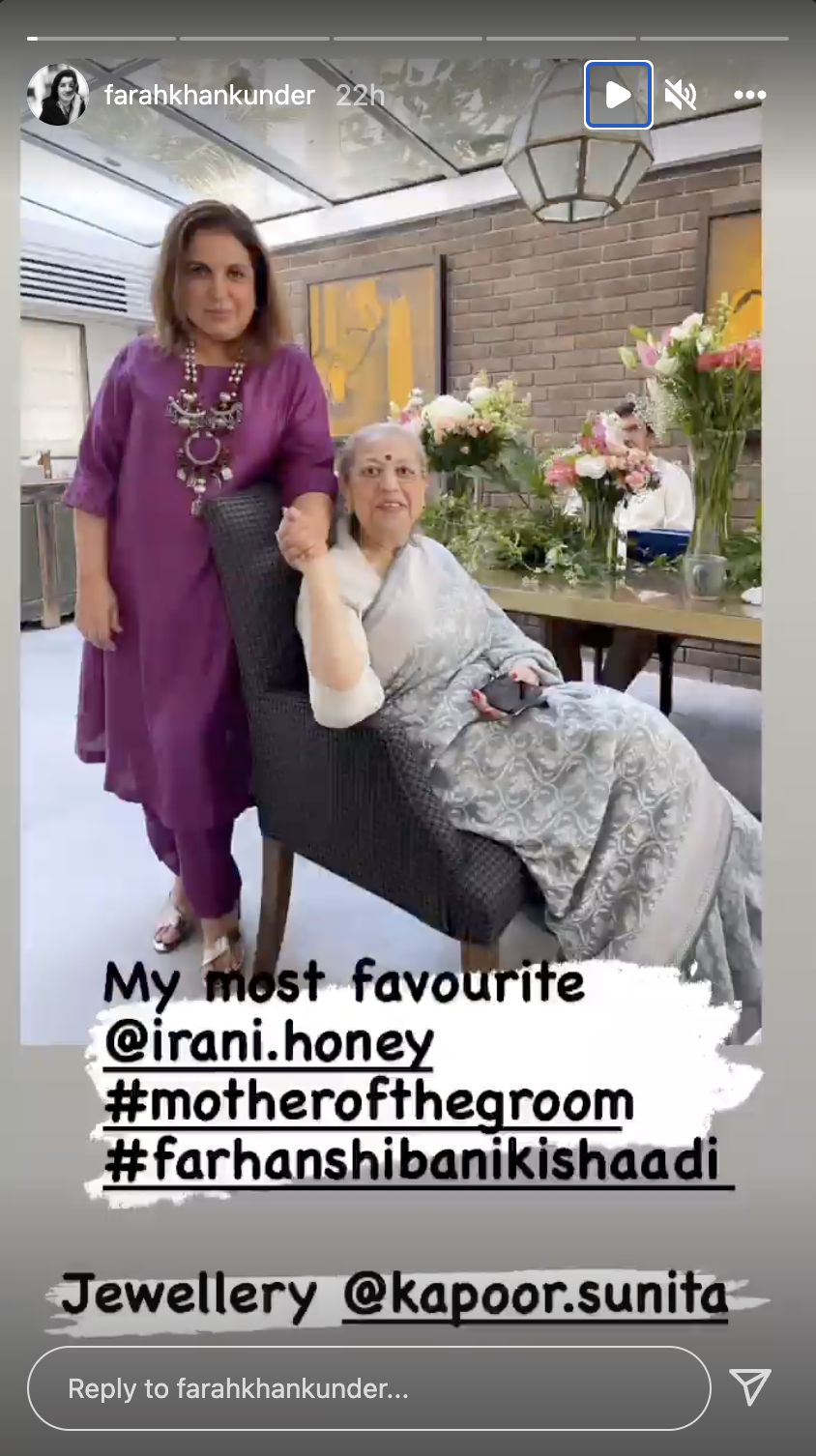 Farah Khan also shared this picture with Zoya Akhtar at the Khandala wedding:

Shibani Dandekar and Farhan Akhtar made their first appearance as a married couple after registering the marriage yesterday. They wore pastel outfits by Sabyasachi: 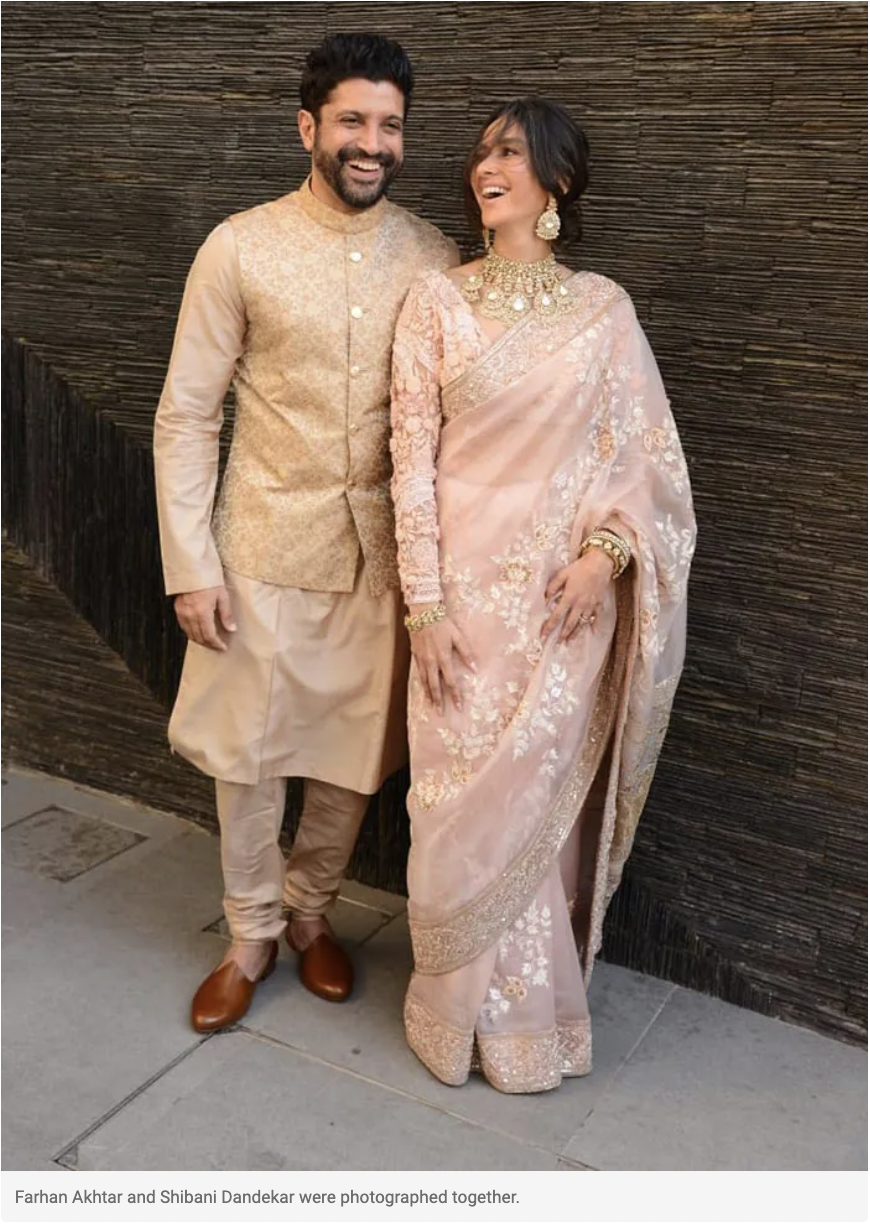 Apart from Farah, Zoya and Rhea, Shibani’s sister Anusha Dandekar was at the festivities and so was Farhan’s Excel Entertainment partner Ritesh Sidhwani and his wife Dolly. Hrithik Roshan, a close friend of Farhan and his co-star in Zoya’s film Zindagi na Milegi Dobara, was at the Khandala wedding with his parents Rakesh and Pinkie Roshan. A mehendi was held last week. Shibani Dandekar and Farhan Akhtar, who went public with their romance in 2018, will reportedly hold a wedding reception as well.

Milind Soman Doing What He Does Best,...