“They help protect civilians and prevent violence…[and] enable the work of peacebuilding, development, humanitarian, and human rights actors”, he detailed.

However, “local and global contexts in which they operate are becoming more challenging by the day”.

The UN chief reminded the Security Council that peacekeeping plays a “critical role” in supporting UN operations in building resilience and sustaining peace.

“By acting early, engaging strategically, and speaking with one voice, this Council can mobilize the international community’s political and financial support and foster the commitment of conflict actors to secure peace”, he underscored.

“All of this is fuelling political tensions, economic despair, and social unrest”, he warned.

At the same time, unconstitutional changes of government are proliferating alongside conflicts between nations, invasions, and wars, as entrenched divides between world powers continue to limit a collective response.

Human rights and the rule of law are under assault, while cyberwarfare and lethal autonomous weapons present risks “we barely comprehend and lack the global architecture to contain”, he said.

“Our world is transforming at breakneck speed. We must keep pace to keep peace”.

Noting that peacebuilding gains in Africa and elsewhere are reversing Mr. Guterres underscored the need for “a sharper focus on [prevention] and building resilience”. 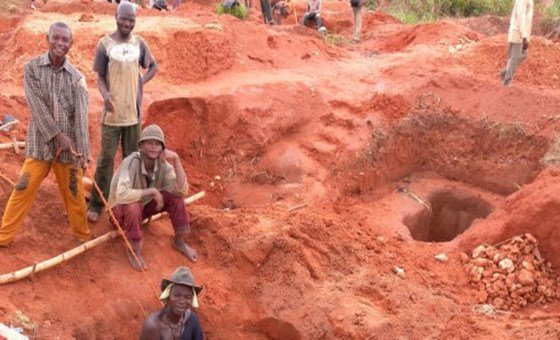 Within the Our Common Agenda report, the proposed New Agenda for Peace prioritizes prevention and peacebuilding investments.

“Our peace operations must be empowered and equipped to play a greater role in sustaining peace at all stages of conflict, and in all its dimensions”, he said, reminding that this requires “committed, inclusive national ownership that considers the needs of the most vulnerable, including women, young people, and minorities”.

Above all, development and respect for economic, social, cultural, civil, and political rights are the world’s best preventive tools against violent conflict and instability.

But quicker and more effective actions are required to address needs and grievances by “strengthening a whole-of-society approach and increase investments that build trust, community engagement and cohesion”, he asserted.

Next, Mr. Guterres highlighted that women and youth leadership be bolstered in shaping the future of their countries.

He acknowledged the “pivotal” contributions of women peacekeepers and local women networks in building community resilience and keeping women’s concerns “front and centre” in conflict prevention and resolution efforts.

“We know securing women’s rights and equal participation in decision-making is essential to building and maintaining peace”, spelled out the UN chief, saying that was why the UN invests in partnerships with local women leaders and peacebuilders at all levels.

A more holistic and integrated approach to building resilience and sustaining peace was his third priority.

The top UN official emphasized that this must include “tailored investments across the humanitarian-development-peace nexus”.

Finally, he turned to the lack of financing for prevention and peacebuilding activities, saying that “the international community continues to underinvest in peace”.

“It is time to walk the talk”, stressed the UN chief, reminding that the General Assembly’s Financing for Peacebuilding resolution reflects a commitment to find increased and more predictable and sustainable funding.

He credited the UN Peacebuilding Fund with providing $150 million to 25 countries in Africa last year, which made it a catalyst for larger contributions by other financial institutions.

“But needs far outpace resources”, continued the senior official. “Funding must be scaled up – and partnerships with international financial institutions even more strengthened”.

Speaking as Chair of The Elders group, independent global leaders who work on tackling conflict and existential threats, Mary Robinson said the Council needed to demonstrate coherence, act in the collective interests of the whole UN, and work more closely with other parts of the Organization.

“Now is the time for the Council to step up and speak with one voice”, she said adding that “only through sustained engagement to tackle the root causes of conflict and build just and sustainable peace” will its mandate be fulfilled.

Mario + Rabbids Sparks Of Hope Gets Three Expansions Next Year