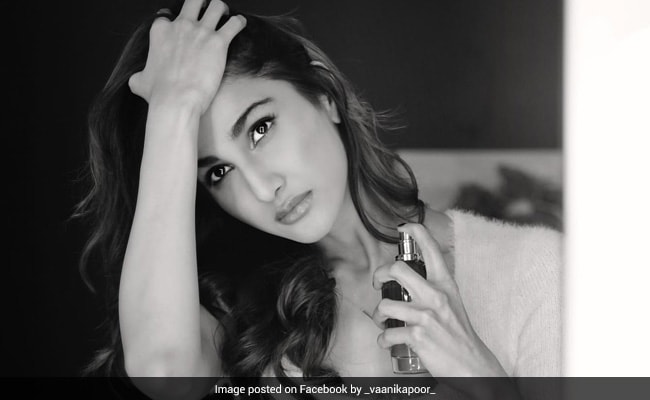 The upcoming Bollywood movie ‘Shamshera’ will feature a fresh pairing, starring Ranbir Kapoor and Vaani Kapoor in the lead roles. Opening up about collaborating with Ranbir for the first time, Vaani said, “We have been told that we have great chemistry, but I hope that audiences too feel the same.”

Directed by Karan Malhotra of ‘Agneepath’ fame, the film marks Ranbir’s return to the cinemas after four years since the release of ‘Sanju’.

Speaking about working with the ‘Tamasha actor’ for ‘Shamshera’, Vaani said, “Ranbir Kapoor is a pleasure to work with because he brings so much work ethic to the table. He is also a selfless actor who wants to creatively collaborate in a way that each scene turns out to be the best. I had so much fun working and exchanging notes with him. I think Ranbir and I have given our best for Shamshera. We are definitely a fresh pairing on screen and I hope people love watching us together.”

Vaani hopes that her chemistry with Ranbir will be talked about.

She added, “We have been told that we have great chemistry but I hope that audiences too feel the same when they see us. It’s a film that everyone’s waiting, have worked really hard to bring something new to the table and as actors, we only want to entertain everyone to the fullest with Shamshera.”

Sanjay will play the ruthless, merciless villain and his showdown with Ranbir will be something to watch out for as they will ferociously go against each other. Vaani will play the role of a gorgeous, most sought after travelling performer of the country.

While there is no official confirmation about the plot details, previous reports have claimed that it’s a new take on the dacoits of pre-Independence India. The upcoming film is said to be a dacoit drama set in the 19th century. It will chronicle the story of a dacoit tribe fighting for their right and independence from the British.

The high-octane entertainer is slated to release in Hindi, Tamil, Telugu on July 22, 2022.

A Timeline Of Sonam Kapoor And Anand...

The Smallest Linux Distro Ever Made