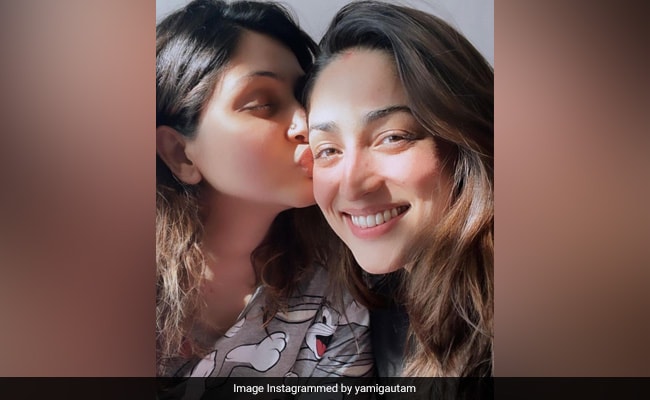 For Yami Gautam, it’s a season to celebrate. You ask why? She has set high bars for herself after giving us a striking performance in the film A Thursday. Yami Gautam is basking in all the praise that she deserves. But here’s a note of appreciation that counts a bit more. It comes from someone who’s close to Yami Gautam’s heart. Yes, we are talking about her sister Surilie Gautam‘s feedback after watching the thriller. Surilie wrote, “Endless kisses for my brightest star for your spectacular performance in A Thursday. Nobody could have done it the way you have. I am so proud of you.”

The note of appreciation surely caught the attention of many people. In fact, Yami Gautam not only noticed the note but also reshared it on Instagram. Yami Gautam added more to the note and wrote to Surilie, “To the best sister, my cheerleader, my friend, one of my pillars of strength…Forever and ever… My one and only Surilie… I love you so much.” In the film. Yami Gautam portrays the character of a school teacher, Naina Jaiswal, who takes 16 kids as hostages. A Thursday, directed by Behzad Khambata, is currently streaming on Disney+ Hotstar.

Fans were bowled over simply by the trailer of A Thursday, which was released on February 10. Even before the film’s release, Yami Gautam garnered much praise through the trailer. Among others who commended her performance was her husband Aditya Dhar. But he did it with a twist. After watching the trailer, he tweeted, “Suddenly scared of sharing a home with you Yami Gautam.” To this, Yami replied, “Hahaha…Nothing to be scared of…See you at home soon.”

Apart from working on different projects, Yami Gautam has been spending quality time with her family. She celebrated her first Lohri after the wedding. Of course, it was meant to be a gala festivity. Surilie Gautam shared a photo with the actress and wrote, “Happy first Lohri to my most beautiful, Yami.” The two look vibrant in their respective ethnic ensembles.

Yami Gautam will next be seen in Ajith Kumar’s Valimai and Akshay Kumar’s Oh My God 2.