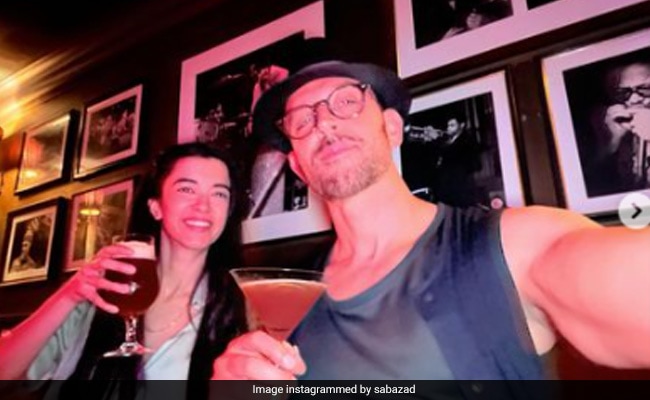 Hrithik Roshan and Saif Ali Khan’s Vikram Vedha was released in theatres on September 30. It is an official Hindi remake of the 2017 Tamil film of the same name. Now, Hrithik Roshan’s girlfriend Saba Azad has also given a shout-out to the actor for his “excellent performance” in the  Pushkar-Gayatri directorial. Saba has shared a picture of Hrithik’s character on her Instagram Stories and wrote, “Congratulations on an excellent performance to the most hard-working human I know… you make me so so proud Ro.” The Tamil version featured R Madhavan and Vijay Sethupathi in lead roles. 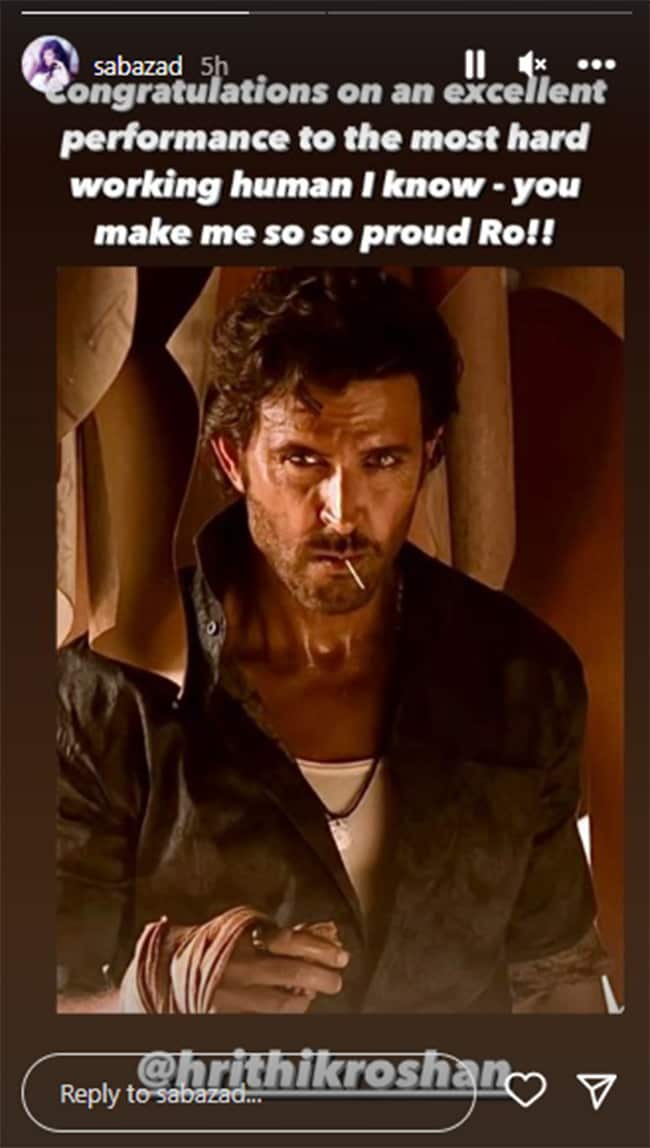 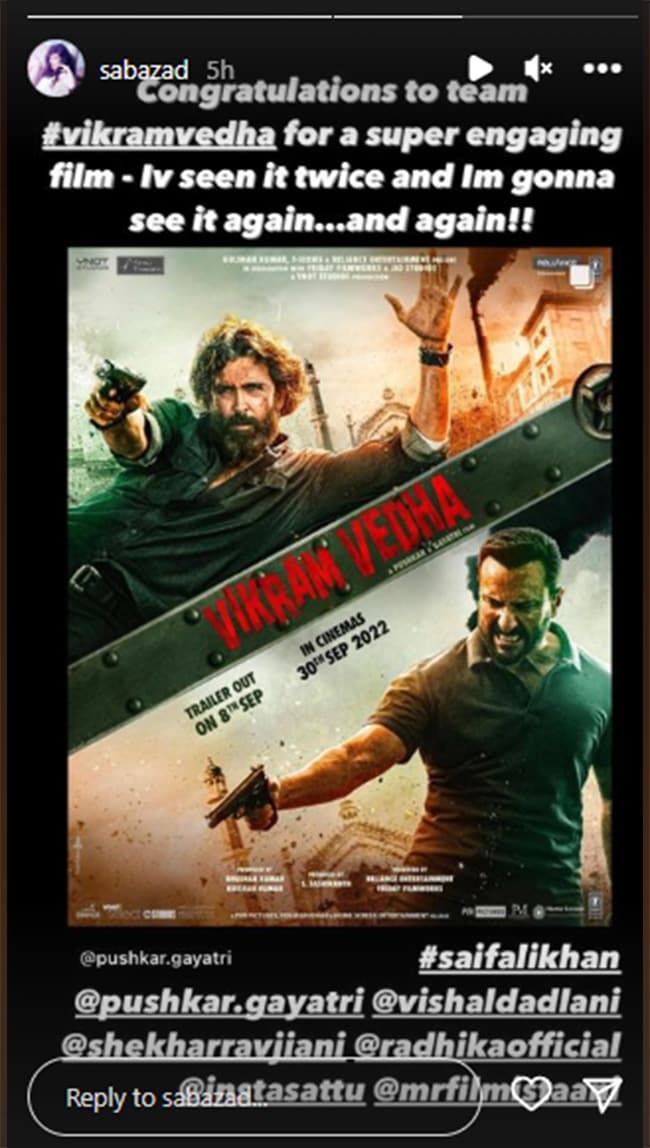 Hrithik Roshan’s ex-wife, interior designer Sussanne Khan also shared a note on Instagram. Terming the film a “huge Blockbuster”, Sussanne said, “RA RA RA RA…Rooooom this is by far one of my favourite movies ever. Superbly gripping and full of thrills. Congratulations to Hrithik Roshan and Saif Ali Khan and the entire team for this tremendous entertainer. This one is going to be a huge Blockbuster.”

Saif Ali Khan, meanwhile, has Adipurush. Prabhas and Kriti Sanon are also part of the film. The Om Raut directorial will release on January 12, 2023.

No One Can Beat Madhuri Dixit’s Eye...